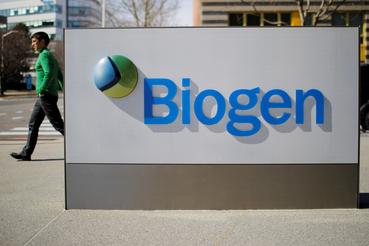 BOSTON (Reuters) – Biogen Inc has agreed to pay $22 million to resolve U.S. allegations that it illegally used two charities that help cover Medicare patients’ out-of-pocket drug costs as a means to pay them kickbacks to use its multiple sclerosis drugs.

The deal, announced by the U.S. Justice Department on Thursday, was the latest to result from an industry-wide probe of drugmakers’ financial support of patient assistance charities that has resulted in more than $1.04 billion in settlements.

A specialty pharmacy that performed services for the Biogen, Advanced Care Scripts, will also pay $1.4 million to resolve claims it conspired to help it use the charities to pay kickbacks to patients taking the MS drugs Avonex and Tysabri.

Neither Biogen nor ACS admitted wrongdoing. Biogen said it believed its conduct was appropriate but entered into the deal to put the investigation behind it. ACS’ lawyer did not respond to a request for comment.

Drug companies are prohibited from subsidizing co-payments for patients enrolled in Medicare, the government healthcare program for those aged 65 and older. Companies may donate to non-profits providing co-pay assistance as long as they are independent. 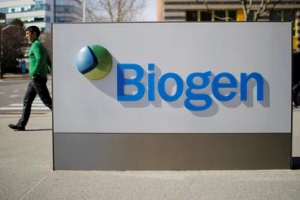 But the government has alleged that various pharmaceutical companies used such charities as means to improperly pay the co-pay obligations of Medicare patients using their drugs, in violation of the Anti-Kickback Statute.

The investigation came amid heightened attention to rising drug prices. Co-pays are partly meant to serve as a check on healthcare expenses by exposing patients to some of a medicine’s cost.

The government alleged that Biogen from 2011 to 2013 used the foundations Good Days, previously known as the Chronic Disease Fund, and The Assistance Fund as conduits to pay thousands of patients’ co-pay obligations.

Reporting by Nate Raymond in Boston; Editing by Alexandra Hudson and David Gregorio