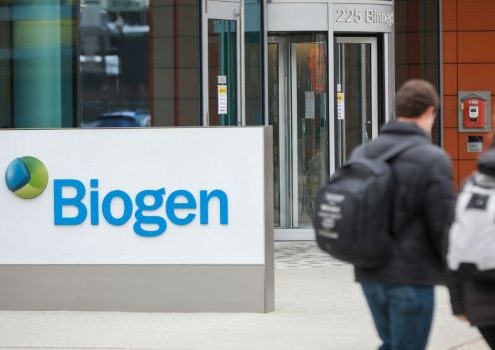 XLRP is a rare, inherited disease of the retina associated with progressive loss of vision as the cells in the retina that sense light slowly deteriorate. Early symptoms include problems seeing at night, then the restriction of the field of vision, leading eventually to blindness in most patients by the age of 40. There are no currently approved treatments.

The study failed to hit the primary endpoint, a statistically significant improvement in the percentage of treated eyes with a ≥7 dB improvement from baseline at ≥5 of the 16 central loci of the 10-2 grid assessed by Macular Integrity Assessment (MAIA) microperimetry. Patients were evaluated at 12 months and compared to the study eye of patients randomized to the untreated control cohort.

Despite this, the company observed positive trends across some of the clinical secondary endpoints.

“Although the Phase II/III XIRIUS study of cotoretigene toliparvovec did not meet its primary endpoint, we are encouraged by positive trends in other pre-specified clinically relevant endpoints, such as a measure of visual acuity under low light conditions,” said Katherine Dawson, head of Biogen’s therapeutics development unit. “XLRP is a serious, early-onset form of retinitis pigmentosa, and people living with it face almost certain blindness by the end of the fourth decade, commonly leading to loss of independence, depression and unemployment. We are working to further evaluate the data from the XIRIUS study before communicating potential next steps for the cotoretigene toliparvovec clinical development program.”

The gene therapy is an AAV8 vector-based gene therapy administered by subretinal injection. It delivers a full-length functioning retinitis pigmentosa GTPase regulator (RPGR) protein in XLRP patients whose disease is caused by mutations in the RPGR gene. The theory is that this will lead to increased levels of the RPGR protein, which might slow, stop or prevent additional degradation of photoreceptors in these patients.

The study used a single subretinal injection of the therapy in males with genetically confirmed XLRP. Part I of the study ran for 24 months and was a dose-escalation trial. Part II was a 12-month dose-expansion study using a high and low dose chosen from Part I and a third untreated group as a control cohort. 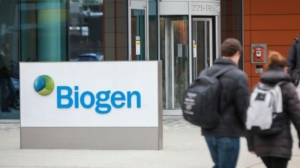 Treated patients in Parts I and II were invited to take part in a separate long-term follow-up trial that will track efficacy and safety data up to five years after treatment.

Earlier this week, Biogen inked a strategic collaboration deal with Capsigen to engineer novel adeno-associated virus (AAV) capsids for gene therapy. Capsigen, based in Washington, leverages a proprietary TRADE platform and technologies to identify and develop novel AAV capsids for disease-specific transduction profiles. Capsids are the protein coat that protects and allows delivery of whatever genetic payload the therapy is trying to deliver.

“One of our priorities for technology innovation is the discovery of AAV capsids with improved delivery profiles,” said Alfred Sandrock, Jr., Biogen’s head of Research and Development. “We are investing for the long-term by building platform capabilities and advanced manufacturing technologies with the goal of accelerating our efforts in gene therapy.”