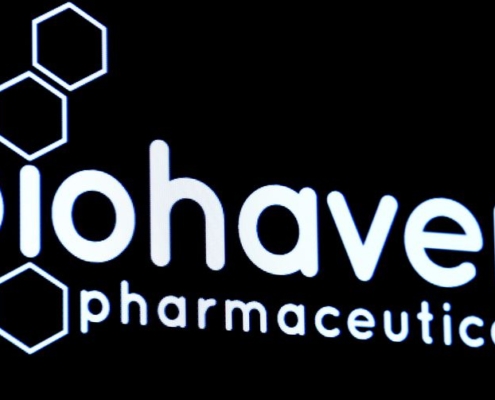 In the study involving 1,405 adults, a single intranasal dose of the drug, zavegepant, helped relieve pain as early as 15 minutes and lasted for 48 hours after the treatment, Biohaven said.

“Although this is not a gamechanging product, we believe it will help maintain and potentially grow Biohaven’s overall (migraine) franchise leadership,” said Cowen analyst Ken Cacciatore in a research note, adding that the results should be sufficient for approval.

Biohaven’s oral drug Nurtec ODT has already been approved for the treatment and prevention of migraine in the United States. It competes in a crowded migraine therapy market, which includes drugs like AbbVie’s (ABBV.N) orally administered Ubrelvy, and Impel NeuroPharma’s (IMPL.O) recently approved nasal spray, Trudhesa.

Biohaven said on Monday zavegepant was superior to placebo in relieving pain and most other “bothersome” symptoms, including nausea or sensitivity to light or sound, at two hours. 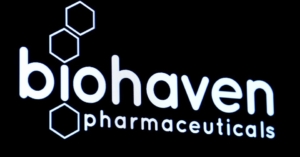 The logo for Biohaven Pharmaceutical Holding Company is displayed on a screen during the company’s IPO on the floor of the New York Stock Exchange (NYSE) in New York, U.S., May 4, 2017. REUTERS/Brendan McDermid

About 39 million Americans and one billion people worldwide suffer from migraine, according to the Migraine Research Foundation.

Biohaven said it plans to file a marketing application for zavegepant with the U.S. Food and Drug Administration in the first quarter of next year.