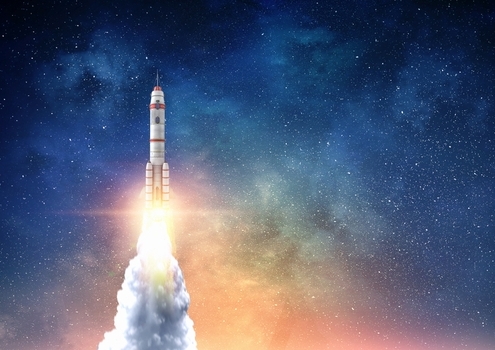 BioMotiv is associated with The Harrington Project.  It was launched with $380 million and centered on University Hospitals in Cleveland. Investors include Biogen, Takeda Pharmaceutical and Arix Bioscience.

Under the launch of Anteros, Bristol-Myers Squibb contributes the intellectual property, data and reagents for a number of small molecules against an undisclosed target. BioMotiv, by forming Anteros and working with Yale, will be solely responsible for research and development.

“Anteros Pharmaceuticals is the first of several companies that BioMotiv and Bristol-Myers Squibb intend to form under the Strategic Partnership Agreement,” said Satish Jindal, BioMotiv’s chief executive officer. “Anteros will focus on refining a new class of drug candidates for inflammatory diseases, where currently there are no real answers to multiple diseases that afflict millions of patients. Our broader mission is to translate novel discoveries into breakthrough therapies for patients in need, forming companies such as Anteros to achieve this goal.”

BioMotiv is able to form companies outside its deal with Bristol-Myers Squibb, and so far it has created 10 startup companies, five that have received funding and are developing drug candidates. Aside from fibrosis, it is focused on oncology, autoimmune diseases, cardiovascular disease and neuroinflammation. Although so far BioMotiv only has a partnership to form startup companies with Bristol-Myers Squibb, the company’s Jindal indicates he is in discussions with other pharma companies about similar deals.

BioMotiv has locations in Cleveland and Philadelphia. It offers financial support for a company in addition to a group of scientists who can work with it. BioMotiv has deals with contract research organizations, who can handle some of the research, which allows the fledgling companies to focus on the research rather than hiring staff and finding laboratory space.

“We don’t have to wait,” Jindal told Xconomy. “We can start the work right away once we close the deal with a university or an entity.”

“Bristol-Myers Squibb is committed to partnering with innovative collaborators like BioMotiv, which expand our reach and capabilities in early stage research,” said Rupert Vessey, executive vice president, Research & Early Development, for Bristol-Myers Squibb. “These types of partnerships also enable us to progress the transformational research being performed at leading academic institutions such as Yale and effectively translate those discoveries into new therapies for patients. We look forward to our continued collaboration with BioMotiv and to the scientific advancements driven by Anteros.”