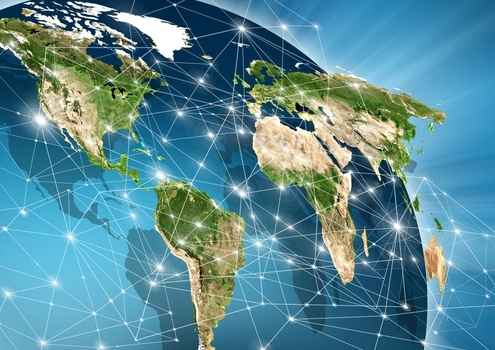 Isofol – Isofol Medical AB, based in Sweden, announced that the first patient in Japan has initiated treatment in the global Phase III AGENT study assessing Isofol’s drug candidate arfolitixorin as a first line of treatment of metastatic colorectal cancer (mCRC). The study is currently being conducted in the U.S., Canada, Europe, Australia and now Japan. Isofol plans to start the trial in up to 15 clinics in Japan, in addition to the 80 clinics that are already open. The AGENT study is expected to enroll 440 metastatic colorectal cancer (mCRC) patients, all treated in the first-line setting, who will receive either arfolitixorin or leucovorin, both in combination with 5-fluorouracil (5-FU), oxaliplatin and bevacizumab. The interim analysis is expected to start during the second half of 2020.

Janssen – At the 15th Congress of the European Crohn’s & Colitis Organization in Austria, Janssen Pharmaceutical announced interim data from the Phase IIIb STARDUST study that showed positive results from use of Stelara in Crohn’s patients. At week 16, 79% of patients with moderately to severely active Crohn’s disease achieved clinical response and 67% were in clinical remission after receiving one intravenous dose followed by one subcutaneous dose of Stelara (ustekinumab). The primary endpoint of the 48-week STARDUST study is comparative endoscopic response among adult patients with CD receiving Stelara maintenance therapy.

Elypta – Sweden-based Elypta partnered with MilliporeSigma as the contract manufacturer for the company’s clinical diagnostic liquid biopsy kits. The kits analyze metabolites deregulated in several cancer types, making diagnoses more accurate. The kits, which will be manufactured at MilliporeSigma’s facility in St. Louis, will initially be made available for research use only. They are intended for mass spectrometry systems and will allow qualified researchers to measure the full spectrum of human glycosaminoglycans in body fluid samples. MilliporeSigma, which has more than 30 years’ experience in the diagnostics space, has been working with Elypta toward the customization of assay kits. Elypta plans to qualify the kits for in-vitro diagnostics use in the United States and European Union following completion of clinical validation studies, including one evaluating performance in surveillance of kidney cancer recurrence.

NeoTX Therapeutics – Israel’s NeoTX closed a $45 million Series C financing round. The company intends to use the funds to advance development of its Selective T cell Redirection (STR) platform for the treatment of advanced and metastatic solid tumors as well as to in-license new technologies. To date, NeoTX has raised over $60 million.

Immatics – Germany-based Immatics Biotechnologies GmbH entered into a strategic collaboration agreement with GlaxoSmithKline to develop novel adoptive cell therapies targeting multiple cancer indications. The companies will collaborate on the identification, research and development of next-generation T-Cell Receptor (TCR) Therapeutics with a focus on solid tumors. They will initially develop autologous T-cell therapies with the option to add allogeneic cell therapies using Immatics’ ACTallo approach. The companies intend to utilize proprietary TCRs identified by Immatics’ XCEPTOR TCR discovery platform and directed against two proprietary targets, which were discovered and validated by Immatics’ XPRESIDENT technology. Under the terms of the agreement, Immatics will receive an upfront payment of $50 million for two initial programs and is eligible to receive over $550M in development, regulatory and commercial milestone payments for each product as well as additional royalty payments. GSK obtains an option to select additional target programs to include in the collaboration. GSK will assume sole responsibility for further worldwide development, manufacturing and commercialization of the TCR Therapeutics with the possibility for Immatics to co-develop one or more TCR Therapeutics including the conduct of the first-in-human clinical trial upon GSK’s request.