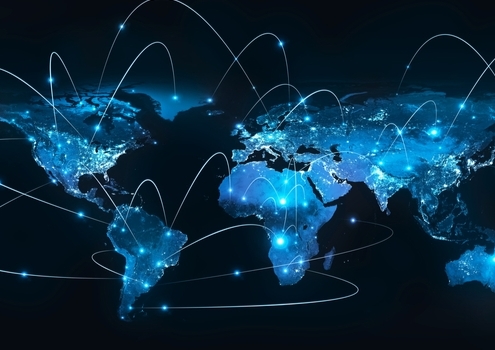 Noscendo GmbH – Germany-based Noscendo and the University Hospital Bonn forged an agreement with the Institute for Hygiene and Public Health to expand the proprietary diagnostic platform DISQVER in the field of microbial resistances. Through the partnership, Noscendo GmbH will fully molecularly characterize up to 8000 antibiotic-resistant pathogens from over 35 species using the latest sequencing technology. Since the beginning of the partnership with Noscendo, several clinically relevant resistant microorganisms have been analyzed characterized using the DISQVER diagnostic platform. As a consequence, it was already possible to attribute various outbreak events and incidents to specific bacterial culprits.

Bionetix – Canada’s Bionetix, along with Germany’s ProQinase and Holland’s MercachemSyncom, signed a joint multiyear integrated drug-discovery project, starting from target identification up to clinical candidate selection on an undisclosed target aimed at acute myeloid leukemia (AML). The goal of the three-party team is to advance the project to the clinical phase by 2023. Financial details were not disclosed.

Follicum – Sweden-based Follicum AB received approval from the German Medicines Agency and the German Ethics Committee to start a Phase IIa clinical study with a topical formulation of FOL-005 on patients with alopecia (hair loss). The trial will comprise about 200 patients who will be treated with FOL-005 or placebo daily for 4 months. In previous clinical studies, FOL-005 has been shown to be an effective and safe treatment for stimulation of hair growth. The upcoming phase IIa study will investigate the safety, efficacy of and response FOL-005 applied as a topical formulation. The study is expected to be completed and the results communicated in Q4, 2020.

Mogrify – Mogrify, based in the U.K., secured $1.1 million of additional funding from SBRI Healthcare to assess its regenerative cartilage therapy for the treatment of cartilage defects, osteoarthritis and other musculoskeletal conditions, before entering clinical trials. This grant follows on from the Phase I funding announced earlier this year, which enabled Mogrify to identify the transcription factors and culture conditions required to convert various cell types into healthy mature chondrocytes, using Mogrify’s data-driven direct cellular conversion technology. The Phase II funding from SBRI will be used to progress cell conversions through pre-clinical safety and efficacy studies in vivo.

Avacta Group – U.K.-based Avacta Group plc announced it has demonstrated initial proof-of-concept for its proprietary new class of drug conjugate, TMAC, in a pre-clinical animal model of cancer. The study showed that AVA04-VbP outperformed Bavencio (avelumab), a marketed anti-PD-L1 immunotherapy. Avacta’s tumor microenvironment activated drug conjugates (TMAC) are a new form of cancer immunotherapy, combining its Affimer biotherapeutics with chemotherapies in a single drug, using a linker designed to release the chemotherapy in the tumor microenvironment through the action of an extracellular enzyme called FAPa. AVA04-VbP combines an Affimer PD-L1 checkpoint inhibitor with an I-DASH chemotherapy warhead, addressing the acute systemic toxicity associated with I-DASH inhibitors by targeting the release of the “drug warhead” in the tumor microenvironment. The drug warhead induces a highly pro-inflammatory cell death, which in turn stimulates an immune response in the tumor, which is supported by the Affimer PD-L1/PD-1 signaling pathway blockade.

HRA Pharma — Consumer healthcare company HRA Pharma has decided to distribute their leading brands through its own organization within the Austrian pharmaceutical market by January 2020. As of now, HRA Pharma Deutschland GmbH is responsible for distribution in Austria and will support their pharmacy partners with a dedicated team at their service for medical inquiries and commercial support.

Janssen– Janssen, a global division of Johnson & Johnson, said the European Commission granted marketing authorization for the expanded use of Erleada (apalutamide) to include the treatment of adult men with metastatic hormone-sensitive prostate cancer (mHSPC) in combination with androgen deprivation therapy (ADT). The EC approval is based on data from the Phase 3 TITAN study, which assessed the addition of apalutamide to ADT in a broad range of patients with mHSPC, regardless of disease volume, prior treatment with docetaxel or staging at initial diagnosis.

The FDA Is Approving Drugs Faster, But That May Not Be A Good Thing
Scroll to top