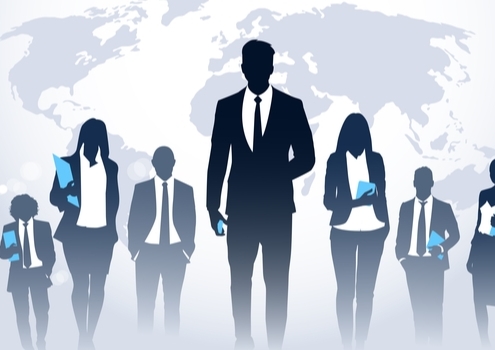 VIATRIS — Sanjeev Narula, current chief financial officer of Upjohn, a division of Pfizer, has been named CFO of Viatris, company formed from the planned combination of Mylan and Upjohn. As the Viatris CFO, Narula will report to Michael Goettler, who was previously announced as incoming chief executive officer of Viatris. Narula has spent 16 years with Pfizer in a number of financial leadership positions. Since joining Pfizer in 2004, Narula has served as the finance lead for the Primary Care Business Unit; led the creation and expansion of a centralized business services unit; and also has diversified experiences in controllership, external reporting, financial planning & analysis, business development and audit functions from Pfizer and previous experience. Prior to joining Pfizer, Narula held financial and operational leadership roles at American Express and Xerox.

Cellbox Solutions – Wolfgang Kintzel was named CEO of Germany-based Cellbox Solutions. He will begin his new position March 1. Company founder Kathrin Adlkofer will support the board in the function as chief operating officer. Kintzel has an extensive background in extracting full business potential of innovative products in international markets. He served in various positions as business leader in global organizations, such as Schering AG and Tyco Healthcare, as well as in a startup environment, such as at amaxa AG.

Nouscom – Switzerland-based Nouscom appointed Marina Udier, as CEO and Patricia Delaite as Chief Medical Officer. Udier joined Nouscom as COO in 2016 from Versant Ventures and was appointed interim CEO in May 2019 upon the retirement of former CEO and founder Alfredo Nicosia. Prior to Versant, she held senior development and commercial roles at Novartis in Basel. Previously, Udier worked for McKinsey & Company. Delaite joined the company from AMAL Therapeutics where she was CMO. Prior to AMAL, Delaite held senior clinical roles at Incyte International Biosciences, ARIAD Pharmaceuticals, Novartis and Eli Lilly.

Evofem Biosciences – Lisa Rarick was named to the board of directors of Evofem. Rarick is a board-certified obstetrician/gynecologist and regulatory affairs expert with 35 years’ experience in women’s health and 15 years’ experience leading several offices within the U.S. Food and Drug Administration. Rarick began her career at the FDA in. She became the director for the Division of Reproductive and Urologic Products when it was formed in 1996, and later held several management roles in the Center for Drug Evaluation and Research (CDER), including Deputy Director of the Office of Drug Evaluation II and Associate Director in the Office of the Center Director.

IRadimed – Steven Kachelmeyer was named head of regulatory affairs and quality assurance at Iradimed Corporation, following the retirement of Francis Casey. Prior to Iradimed, Kachelmeyer spent three years at Merz North America Inc. as its executive director of Regulatory and Quality Affairs. Prior to that, Kachelmeyer was employed at GE Healthcare for 30 years.

Datavant – Aden Fine was named general counsel and chief privacy officer and Dongting Yu was named head of security engineering at San Francisco-based Datavant. Fine has served as a senior staff attorney at the American Civil Liberties Union and as general counsel and chief privacy officer of Edmodo and Everalbum. Yu joins Datavant from Rescale, a multi-cloud high performance computing platform, where he led the security and compliance team and led the implementation of FedRAMP compliance. Datavant also announced the appointments of David Shulkin and Andrew von Eschenbach to its Policy Advisory Board. Shulkin is the former U.S. Secretary of Veterans Affairs and von Eschenbach is the current president of Samaritan Health Initiatives. Shulkin and von Eschenbach will be advising Datavant on a variety of business matters, including evolving health data policy, regulation, compliance, and government affairs.

The Michael J. Fox Foundation – Skip Irving was named chairman of the board of directors of the Michael J. Fox Foundation for Parkinson’s Research. Irving joined MJFF’s Board of Directors in 2007 and was appointed vice chairman in March 2018. Irving currently serves as an advisor with Red Sky Partners, LLC, a consultancy to the life sciences industry, and sits on the Board of ArunA Biomedical, Inc.