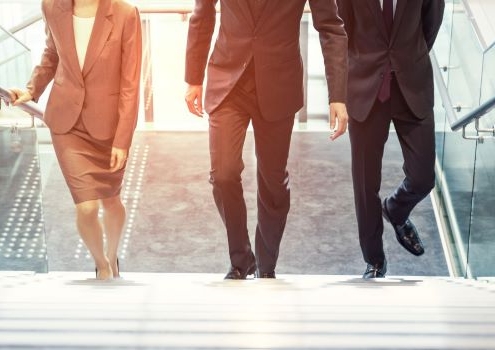 OcuTerra Therapeutics – David J. Tanzer was named Chief Medical Officer and Executive Vice President, Clinical and Medical Affairs for Boston-based OcuTerra. Prior to joining OcuTerra, Tanzer served as Global Executive Medical Director in the Novartis ophthalmology franchise. Before that, he served as the CMO at Abbott Medical Optics. He also led the Navy Refractive Surgery Program in San Diego, participating as principal or co-investigator in over 50 clinical studies.

Delix Therapeutics – David E. Olson, co-founder and Chief Scientific Officer of Delix Therapeutics, was an Innovator of the Year award winner at UC Davis. Olson is an assistant professor in the Department of Chemistry and Department of Biochemistry and Molecular Medicine at UC Davis. He was named an Innovator of the Year for his groundbreaking work with non-hallucinatory psychedelics that have the potential to make “measurable societal impact.” Olson and his team have proven twice that it is possible to create psychedelic analogs without any hallucinatory side effects and with disease-modifying potential to treat chronic diseases like depression, PTSD, addiction and Alzheimer’s, the university said in its announcement. He has identified a new class of medicines called psychoplastogens that rewire the brain to heal damaged neural circuits.

Progenity, Inc. – San Diego-based Progenity formed its Inflammatory Bowel Disease Clinical Advisory Board. The advisory board will provide clinical and strategic guidance on Progenity’s ingestible therapeutics and diagnostics pipeline, as the company transitions from preclinical to clinical studies. William Sandborn, CMO of Shoreline Biosciences, will chair the board. Members include Geert D’Haens, Professor of Gastroenterology at the Academic Medical Center at the University of Amsterdam; Bruce Sands, the Dr. Burrill B. Crohn Professor of Medicine at the Icahn School of Medicine at Mount Sinai, and Séverine Vermeire, Head of the Department of Chronic Diseases & Metabolism (CHROMETA) at the KU Leuven.

Surbhi Sarna was also appointed to the Progenity board of directors. Surbhi Sarna founded nVision Medical in 2011, whereas CEO, she led the company to develop a first-of-its-kind microcatheter for the detection of ovarian cancer. Following the acquisition by Boston Scientific in 2018, Surbhi led the commercial effort of the nVision technology at Boston Scientific until 2020. Prior to the founding of nVision, Sarna held roles in healthcare engineering at BioCardia and Abbott Vascular. Sarna is currently a Visiting Partner at Y Combinator, and is a board member of Penumbra, Inc.

Phico Therapeutics – Richard Nagle, former chief executive officer of Immune Regulation (Revelo BIotherapeutics) was appointed Chairman of the Board of Directors at Phico Therapeutics. He takes over from Dr. Anthony Martin who had been Phico’s Chair since 2010. Previously, Nagle served as Non-Executive Director of Peptinnovate and as CEO of a number of successful drug delivery, biotechnology and medical device businesses. He was also a Director of IMS Health and Quintiles (now IQVIA).

Esperion – JoAnne Micale Foody was named CMO of Michigan-based ESPERION. Foody joins ESPERION after six years with Johnson & Johnson, where she served in roles of increasing responsibility within the company’s Janssen Pharmaceutical Company division. Since August of 2020, she served as Vice President and Head of Data Sciences for Cardiovascular, Metabolism Pulmonary Hypertension and Retinal therapeutic areas. Foody began her corporate career at Merck Research Labs, where she served as Global Director Scientific Affairs of both the Cardiovascular and Metabolism Therapeutic Areas.

Ribometrix – N.C.-based Ribometrix tapped Manjunath (Manju) Ramarao, as senior vice president of its research and development team. Ramarao brings more than 20 years of experience leading multidisciplinary biopharmaceutical research and development teams to Ribometrix. Most recently, Ramarao held an executive position at the Biocon-Bristol-Myers Squibb R&D Center (BBRC) in Bangalore, India. Prior to his roles at BBRC, Ramarao worked for eight years at Pfizer leading biology programs in immunology and pain.

Eikon Therapeutics – Alfred “Freddie” Bowie was tapped for the newly-created Chief Financial Officer position at Eikon. In this role, Bowie will have broad responsibility for finance, operational functions, and business development. Prior to joining Eikon, Bowie oversaw a range of strategic and operational functions at Veracyte, including corporate and business development, strategic planning, and sales operations. Before Veracyte, he was Senior Director, Corporate Development & Strategy at Foundation Medicine.

Adaptive Phage Therapeutics – Evan Loh, CEO of Paratek Pharmaceuticals, Johnathan Leff, Partner at Deerfield Management, and Jana Jensen, Chief Operating Officer at Deerfield Discovery and Development were appointed to the board of directors of Adaptive Phage Therapeutics. Prior to his CEO role, Loh was Senior Vice President, Development and Strategic Operations at Pfizer, and led global development strategy and clinical operations at Wyeth Pharmaceuticals. Loh also serves on the Boards of Eiger Biopharmaceuticals and Windtree Pharmaceuticals. Leff focuses on venture capital and private investments in biotechnology and pharmaceuticals. Prior to Deerfield, Leff was Managing Director at Warburg Pincus. He also previously served as a member of the Executive Committee of the Board of the National Venture Capital Association. Previously, Jensen was Vice President and Head of Business Operations at Covance. Prior to Covance, Jensen spent 11 years at Bristol-Myers Squibb in various roles, the most recent being Head of Development Business Operations and R&D Collaboration.

HiberCell – Mark J. Mulvihill was named CSO of HIberCell. He will oversee the company’s expanding chemistry and research programs focused on therapeutic modulation of stress biology and innate immunity. Mulvihill previously held the position of Senior Vice President of Chemistry and Drug Discovery at HiberCell.

Renovacor, Inc. – Joan Lau and Gregory F. Covino were appointed to the board of directors at Renovacor. Lau is currently the CEO of Spirovant Sciences, a gene therapy company focused on changing the course of cystic fibrosis and other respiratory diseases. Additionally, she led several other companies, serving as CEO of Azelon Pharmaceuticals, president and CEO of Locus Pharmaceuticals, chief operating officer of Immunome and in various leadership roles at Merck. Covino is currently an executive advisor at Novavax, Inc. Prior to joining Novavax, Covino worked as senior vice president and chief accounting officer of TESARO, Inc.  Covino also previously worked for over 6 years as the chief accounting officer of Biogen Inc.

Amylyx Pharmaceuticals – Amicus Therapeutics CFO Daphne Quimi was appointed to the board of directors at Amylyx. Quimi joined Amicus in 2007. Prior to Amicus, Quimi served as Director of Consolidations and External Reporting at Bristol-Myers Squibb and held roles of increasing responsibility in the finance division at Johnson & Johnson. She has also served as an auditor at KPMG.

SVB Leerink – Whit Mayo joined the Equity Research team as a Managing Director and Senior Research Analyst covering Healthcare Providers and Managed Care. Mayo joins SVB Leerink with an extensive background researching healthcare services companies. In 2020 he was ranked in Institutional Investor’s All Research Health Care Facilities & Managed Care category. Most recently, he served as Managing Director at UBS. Prior to that, he covered the sector at Baird and Stephens, Inc.

Catalyst Pharmaceuticals – Molly Harper was appointed to the board of directors. Since May 2020, Harper has served as Executive Vice President of Operations for Relmada Therapeutics, Inc. Prior to joining Relmada, Harper served in positions of increasing responsibility with Akcea Therapeutics, where she was most recently Senior Vice President and Global Franchise General Manager with cross-functional responsibility for a six-drug portfolio including two approved rare disease drugs. Before that. Harper was Head of US Endocrinology in the Rare Disease division of Sanofi Genzyme.

Azafaros BV – Stefano Portolano was named CEO of Netherlands-based Azafaros. Portolano joins Azafaros from Ultragenyx Pharmaceuticals where he served as Head of Europe. Prior to Ultragenyx, Portolano spent a decade at Celgene, most recently as Vice President, Strategy & Commercial Operations. Earlier in his career, Portolano held various senior commercial, business development and general management positions at Genzyme and Sigma-Tau.

Ultragenyx Pharmaceuticals – Corsee Sanders was appointed to the board of directors at Ultragenyx. Sanders most recently served as strategic advisor to the CMO of Celgene, following Celgene’s acquisition of Juno where she was an Executive Vice President of Development Operations. She also served as Transition Advisor to Bristol Myers Squibb, which acquired Celgene. Sanders held numerous leadership positions over the course of 23 years at Genentech/Roche, including serving as Senior Vice President, Global Head of Clinical Operations and Industry Collaboration, for six years. Currently, Sanders serves as a member of the Board of Directors of several biotechnology companies including Beigene Ltd, Molecular Templates Inc., Legend Biotech Corporation, and AltruBio (formerly AbGenomics) Inc.

Rahul Agrawal joins Cardior from AstraZeneca, where he most recently held the position of VP and Global Medicines Leader, Cardiovascular. Before AstraZeneca, Agrawal was Global Director of Medical Affairs and Clinical, Global Launch Team, and Pulmonary Hypertension at Bayer HealthCare. Prior to Bayer, Agrawal was Deputy CMO and head of the cardiovascular group in Germany at Menarini.

Revelo Biotherapeutics – Marla S. Persky and Glen Giovannetti were appointed to the Revelo Board of Directors. Persky is CEO and President of WOMN LLC. Previously, Persky was Senior Vice President, General Counsel and Corporate Secretary for Boehringer Ingelheim Inc. She held numerous business and legal leadership positions at Baxter International Inc. She currently serves on the Boards of Directors of Xeris Pharmaceuticals, YGEIA Consulting Group, the Leukemia & Lymphoma Society, Primary Stages, and World Neighbors. Giovannetti spent over three decades at EY where he focused on the biopharmaceutical industry, including serving as the firm’s Global Biotechnology Sector Leader and Life Sciences Sector Leader during the period from 2007 to 2016. In these roles, he was responsible for developing the Company’s global strategy to support life science industry clients. Giovannetti serves on the Board of Directors of Life Science Cares, Teon Therapeutics and XW Pharma. 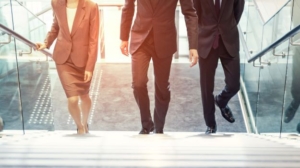 Avid Biosciences – Esther M. Alegria, CEO of APIE Therapeutics, was named an independent member of the company’s board of directors. Prior to APIE, she was president and senior executive biopharmaceutical advisor at Catalyst Excel & Advance. She previously served as senior vice president of global manufacturing at Biogen. Alegria has also held positions of increasing responsibility at Pfizer.

Stilla Technologies – Matthew Grow was named Vice President of Global Marketing and Commercial Operations. Grow joins Stilla Technologies from Abcam. Prior to that, he served at Wuxi NextCODE (now Genuity Science) where he oversaw marketing of the company’s suite of population-scale genomic analysis software. Previously he served at Luminex Corporation where he developed and managed strategic marketing for their pipeline of protein and molecular instruments and consumables.

Lifesum – Alona Pulde and Matthew Lederman have joined the Lifesum Health Advisory Board.

TISSIUM – France-based medtech Tissium tapped Romain Attard as CFO. Attard joins Tissium from ODDO BHF where he spent a decade working in corporate finance. Most recently, he served as Managing Director and Head of Public M&A and ECM.