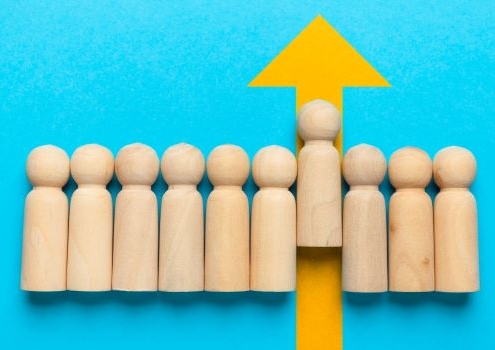 Biopharma and life sciences companies strengthen their leadership teams and boards with these Movers & Shakers.

Merck KGaA – Merck KgaA, Darmstadt, Germany strengthened its leadership team with three appointments within its Neurology & Immunology (N&I) business. Amy Mahery was appointed new Senior Vice President, Head of the Neurology & Immunology Global Business Franchise. With her most recent tenure leading the Global Market Access team, Mahery was instrumental in driving global reimbursement strategies to enable patient access to innovation. Mahery is a recent recipient of the 20th annual Women Worth Watching Award by the Profiles in Diversity Journal. The award was created to recognize women leaders, and the companies that promote them, as well as inspire the next generation of women coming up in leadership roles.

Additionally, Jan Klatt will join Merck KGaA as Senior Vice President and Head of the Development Unit Neurology & Immunology. Klatt will accelerate the development of the N&I portfolio and enhance the clinical pipeline aimed at best-in-disease advances for patients. Klatt joins the Merck KGaA, Darmstadt, Germany team from Novartis, where most recently he served as Global Program Head, Heart Failure, with a leadership role in the development of a blockbuster therapy. He previously held the role of Global Medical Affairs (GMA) Lead with responsibility for the development and execution of the Medical and LCM strategy for Novartis’ MS portfolio.

California Life Sciences – Illyasha Peete was named Executive Director of the California Life Sciences (CLS) Racial and Social Equity (RSE) Initiative. Peete will help steer the Initiative’s immediate focus on programs that increase STEM opportunities for underrepresented students; promote the hiring, development, and advancement of underrepresented talent; invest in diverse entrepreneurs and board members; and provide underserved communities with equitable access to and coverage for care. Peete joins CLS from the Center for Excellence in Nonprofits, where she served as the Director of Diversity and Consulting/Training.

Zimmer Biomet Holdings – Wilfred van Zuilen was named President of Europe, Middle East and Africa (EMEA) for Zimmer Biomet and Nitin Goyal was appointed to the newly created role of Chief Science, Technology and Innovation Officer. van Zuilen will be responsible for the marketing, sales and distribution of products, services and solutions in the EMEA region. Prior to joining Zimmer Biomet, van Zuilen served as Regional Vice President, North Western Europe at Medtronic. Prior to that, he led Medtronic’s Restorative Therapies Group of businesses for EMEA and has also held regional leadership positions with Covidien, Novartis and Edwards Lifesciences. Goyal will oversee advanced research, product development, and Zimmer Biomet’s innovation platforms. In addition, he will have oversight of Medical Education, Clinical Affairs and healthcare provider collaboration. Prior to joining Zimmer Biomet, he served as Chief Medical Officer and Senior Vice President of Innovation and Digital Care Delivery at Rally Health, part of the Optum business of UnitedHealth Group.

PepGen, Inc. – Niels Svenstrup was named Senior Vice President of Chemistry, Manufacturing & Controls at PepGen and David Pelissier will serve as Vice President of Finance. Prior to joining PepGen Svenstrup served in a variety of life science leadership roles, most recently as Senior Vice President of Development at Cydan, Inc. He previously served as Director of Project Management and CMC at Ascendis Pharma. He also held positions at H. Lundbeck as Head of Department, Medicinal Chemistry and Bayer as Strategic Project Leader, Oncology and Virology. Most recently, Pelissier served as Vice President, Controller of AVROBIO, Inc. Prior to joining Ra Pharmaceuticals, he served as Director of Technical Accounting and External Reporting at Charles River Laboratories.

Additionally, M. Michelle Berrey was named President of Research & Development and CMO. Berrey was most recently President and CEO at Chimerix and previously served as CMO at Pharmasset from 2007 to 2012, prior to its acquisition by Gilead. Before joining Pharmasset, Berrey was Vice President of Viral Diseases, Clinical Pharmacology & Discovery Medicine at GlaxoSmithKline.

Carisma Therapeutics – Richard Morris was named CFO of CARISMA. Morris joins CARISMA from Passage Bio where he served as CFO and was instrumental in transforming the genetic medicines company from a private start-up to a public development stage company. Before that, he was the Executive Vice President and CFO for Context Therapeutics; he also was CFO for Vitae Pharmaceuticals, acquired by Allergan in 2016, and held several senior financial roles at ViroPharma, acquired by Shire in 2013.

Umoja Biopharma – Seattle-based Umoja tapped David Fortuna as CBO and Strategy Officer. Fontana joins Umoja from Bristol Myers Squibb, where he was an executive in the Cell Therapy Franchise. Prior to this role, he led the advancement of late-stage immuno-oncology assets and translational medicine as Vice President of Immuno-Oncology at Pfizer.

Pyxis Oncology – Steve Monks was named chief technical officer and Ritu Shah was named chief operating officer at Pyxis Oncology. Before joining Pyxis, Monks served as Senior Vice President of Development at Aura Biosciences. Before joining Aura, he was a member of the executive leadership team at Agenus. Most recently, Shah served as Vice President of Business Operations and Program Management of Levo Therapeutics. Prior to this, Shah was the Chief of Staff to the Chief Executive Officer and Vice President of Program Management at AveXis. Ms. Shah previously held various executive roles at Baxter, Baxalta, and Shire after starting her career at Accenture. Additionally, Christoph Rader and Anthony W. Tolcher joined the company’s Scientific Advisory Board. Rader is a Professor in the Department of Immunology and Microbiology at Scripps Research. Prior to this appointment, he was a Senior Scientist at the National Cancer Institute (NCI), National Institutes of Health (NIH). Tolcher is the CEO, Founder and Director of Clinical Research at NEXT Oncology.

PTC Therapeutics – Mary L. Smith was appointed to the board of directors. Smith previously served as the Principal Deputy Director and CEO equivalent at the Indian Health Service. Smith currently serves as Vice Chair at the VENG Group, a non-partisan government relations and public affairs firm where she consults clients on business development, strategy, healthcare and corporate governance.

Monte Rosa – Filip Janku was tapped as the first CMO of Monte Rosa. Prior to joining Monte Rosa, Janku served in various roles at The University of Texas MD Anderson Cancer Center, including center medical director for the Clinical and Translational Research Center, associate professor and medical oncologist in its Department of Investigational Cancer Therapeutics.