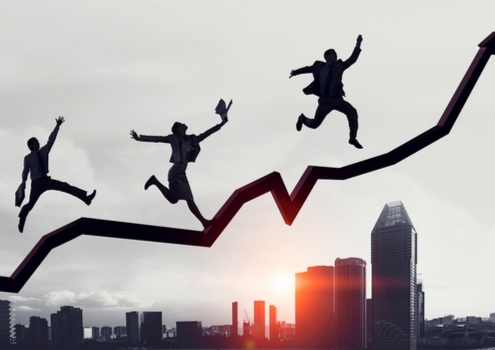 Celyad – Novartis veteran Stephen Rubino was named chief business officer of Belgium-based Celyad. Rubino will lead business and corporate development for Celyad. Most recently, Rubino was chief business & strategy officer at Omega Therapeutics. Prior to this position,  Rubino served as global head of Business Development and Licensing and New Product Marketing for the Cell and Gene Therapies business unit at Novartis. There, he led growth opportunities including evaluation, licensure and commercial development across a pipeline of cell therapy products. He currently sits on the board of Sermonix Pharmaceuticals and Ilkos Therapeutic.

AB2 Bio – Switzerland-based AB2 Bio Ltd. tapped Michael Soldan as its new chief executive officer. Soldan joins AB2 from Fresenius Kabi, where he was CEO of the Global Biosimilars Business located in Switzerland. There, he was responsible for the successful creation, development, launch and commercialization of biosimilars in the U.S., Europe and other parts of the world. Prior to Fresenius Kabi, Soldan was with Merck Group, where he spent two years heading the biosimilars business. He has also held a number of senior regulatory and clinical positions with companies including Boehringer Ingelheim, Biotest, Grünenthal and Aventis Behring.

Orchestra Biomed – Pamela Yanchik Connealy was named to the board of directors of Orchestra Biomed. She will serve as chairperson of the Audit Committee. Connealy currently serves as chief financial officer of Immunovant and brings more than 30 years of experience in biotech and technology business operations, including driving operational, financial and human resources excellence, establishing operations to manage pipeline and leading biotech product launches. Connealy also serves as an advisor to Perfuse Therapeutics, an early-stage company focused on ophthalmic diseases. Prior to Immunovant, Connealy held a number of leadership roles including chief financial officer and chief operating officer of non-profit Kiva and global head of talent at the Bill & Melinda Gates Foundation.

Oculis– Switzerland’s Oculis SA tapped Marcia de Souza Lima as chief medical officer. de Souza Lima joins Oculis with more than 15 years of experience in the pharmaceutical, medical device and global healthcare sectors. Before Oculis, she served as vice president and head of Global Medical Affairs for the global ophthalmology franchise at Shire. Prior to Shire, she held positions at Regenxbio, where she led the development of a phase I clinical trial and clinical development planning. She has also worked at Novartis, Pfizer, Bausch+Lomb and Ancile Pharmaceuticals.

H.E.L. Group – U.K.-based H.E.L. Group named Qing (Steven) Chen as China General Manager. Chen will support H.E.L’s transition to a wholly foreign-owned entity (WFOE) in China, as the company expands its sales, marketing and support efforts in the region. Most recently, Chen served in senior management at Nanophoton Corporation. Previously, he held the position of Greater China President during a 10-year tenure with PerkinElmer, where he took the leading role in business strategy implementation and P&L responsibility for the area.

Cardiac Dimensions– Gretchen Gary was named vice president of Global Therapy Development at Washington-based Cardiac Dimensions. Gary will be responsible for implementing the company’s commercial strategy for the Carillon Mitral Contour System. Gary joins Cardiac Dimensions from Livanova where she held the position of senior director of Global Therapy Development. Gary also held executive-level positions at CardioKinetix, where she led market development efforts in five countries across three continents, and Direct Flow Medical where she built a field team and training department to support.

DarioHealth – Yadin Shemmer and Adam K. Stern were appointed to the board of directors of DarioHealth, formerly known as LabStyle Innovations. Shemmer has served in several senior operating roles across the digital health industry. From 2017 to 2019, Shemmer served as CEO of Mango Health, a mobile platform for medication management and patient support. Prior to Mango Health, Shemmer was president of the consumer business at Everyday Health, a provider of digital health and wellness solutions. Stern is CEO of SternAegis Ventures and Head of Private Equity Banking at Aegis Capital Corp. Prior to SternAegis Ventures, from 1997 to 2012 Stern was senior managing director and partner at Spencer Trask Ventures and from 1989 to 1997 he was Head of Private Equity Investment Banking at Josephthal & Co.

Axsome Therapeutics – Mark Jacobson was named chief operating officer of Axsome Therapeutics Inc. Jacobson will oversee the day-to-day operations of the company, including aspects of research and development, manufacturing, program management, and corporate development. Jacobson has been a member of the Axsome team since April 2014, and has served as head of Operations since September 2017. Prior to joining Axsome, he was director of Corporate Development at Stemline Therapeutics, Inc.