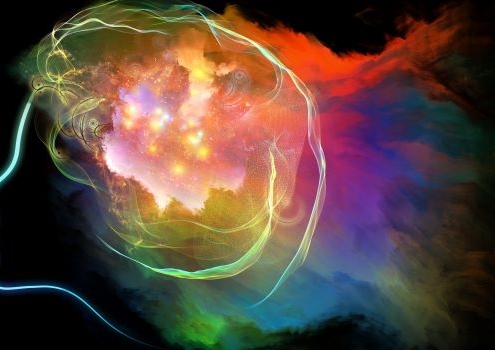 Psychedelic therapy is growing beyond its association with 1960s era hippies protesting the Vietnam war. As laws governing psychedelics are loosened, these drugs are gaining mainstream medical attention for mental health problems, pain and addiction.

Psychedelics are transitioning to psycheceuticals. For example, today the biotech company Psycheceutical Inc., of Ft. Lauderdale, FL, was issued two patents by the United States Patent and Trademark Office (USPTO) for what it calls a “precision duplicity” approach to delivering psychedelic drugs to patients. In it, a targeted delivery strategy enables multiple psychedelic drugs like ketamine, psilocybin and ibogaine to be delivered to specific cells at different times and rates.

After they were banned in 1971 by the Controlled Substances Act, scientific research all but ceased. In the past several years, however, researchers at Johns Hopkins University, the University of California – Berkeley and the Icahn School of Medicine at Mount Sinai Hospital resurrected interest and documented real benefits from these counterculture therapies.

As the body of research grew, laws eased, making it possible for drug developers to produce medical grade psychedelic medications once again for research purposes.

The Janus particle system uses layered nanoparticles to pass through the blood-brain barrier to deliver neuroactive compounds directly to nerve connections in the brain, and also to deliver different compounds at differing times and rates. It effects a response within minutes of administration.

The benefit, the company said, is that the delivery platform allows doses to be reduced, avoiding unwanted side effects and toxicity by bypassing the stomach and the liver. It also enhances the efficacy of the active compound(s).

Notably, the hallucinogenic effects of the drugs are said to be eliminated, which is an important feature for time-release delivery. Psycheceutical Inc. is said to be the only company with this approach.

In contrast, most other psychedelic therapies are delivered via the patient’s digestive tract. Consequently, that route of administration necessitates a higher dosage that risks creating harmful side effects. Ingestion also means the drugs are taken up more slowly than Psycheceutical’s system, so the manifestation of any effects is delayed.

The Janus particle can be administered orally, mucosally, topically and parenterally for maximum flexibility.

“The Janus particle technology has immense potential to transform the delivery of psychedelic therapies amid today’s mental health crisis,” according to Anish Tuteja, Ph.D., who just joined Psycheceutical as chief science officer.

Tuteja, who recently was promoted to professor of materials science and engineering at the University of Michigan, worked with micro- and nanoparticle fabrication for drug delivery. As a demonstration, he and his lab developed a simple process for creating three-dimensional nanoparticles in complex shapes.

One demonstration shows the fabrication of a nano-sized “M” (for Michigan). The technology applies to targeted drug delivery and is a forerunner of the Janus particles. He has contributed to the development of multiple patents for polymer networks.

The second just-awarded patent is for the NeuroDirect™ delivery system. Developed by Ronald Aung-Din, M.D., it focuses on eliminating the toxic and hallucinogenic properties of the drug.

Combining NeuroDirect™ with Janus results in “a safe, effective, take-at-home drug,” the company said. This solves the problems of competing solutions and eliminates the need for more expensive on-site medical oversight.

Formulated into the NeuroDirect™ delivery system, the therapeutic is applied at the back of the neck, at the hairline. There, it penetrates the peripheral nerve endings, which provide a neural highway to neural tissue in the brain as well as proximity to the spinal cord. Patients report symptoms have eased within 10 to 15 minutes.

Aung-Din is a board-certified neurologist and neuropsychiatrist, and is a principle in Afgin Pharma LLC of Sarasota, FL. He has had at least nine U.S. patents issued and has seven additional patent applications pending in which the titles specifically mention various aspects of topical regional neuroaffective therapy, according to data from the USPTO. He also holds an additional four patents international.

As he wrote in one related patent that used a brainstem approach to deliver dopamine to Parkinson’s disease patients, “The brainstem serves as the vital pathway for relay and processing of neural impulses flowing continuously between the brain and the rest of the body. It is about the size of the thumb and contains the most dense and complicated wiring systems in the human body.” Therefore, it is a viable, and quite direct carrier.

Regarding Psycheceutical’s work, he said, “Having practiced neurology and neuropsychiatry for 30 years and been involved in clinical research to bring numerous drugs through the FDA to market, I am particularly excited about Psycheceutical’s work to deliver potentially harmful psychedelics in a safe way for medical purposes. The ability to avoid the systemic side effects of psychedelic compounds, such as nausea, dizziness, and disorientation, opens up a whole new world to neuro-therapeutics.”