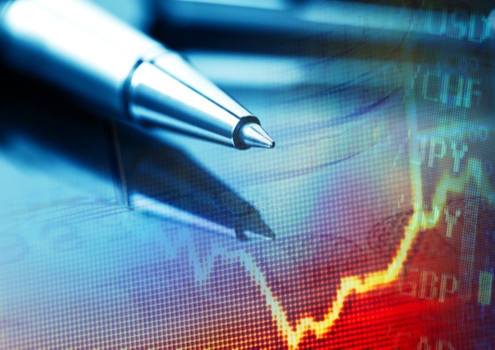 It was a busy week for biotech quarterly and annual reports. Here’s a look at some of the top stories.

Bristol-Myers Squibb announced fourth-quarter revenues of $7.9 billion, hitting a total of $26.1 billion for the full year. The big news for the year, of course, was its $74 billion acquisition of Celgene. At this time, the company is still reorganizing the assets and operations from that deal, although it also took time this week to announce that with drug development accelerator BioMotiv it was jointly launching Anteros Pharmaceuticals to focus on a new class of drugs for fibrotic and inflammatory diseases.

“By all measures, 2019 was a transformative year for Bristol-Myers Squibb as we progressed our strategy through the acquisition of Celgene, delivered strong operational and financial performance, and continued to drive important science for patients,” said Giovanni Caforio, Bristol-Myers Squibb’s chairman and chief executive officer.

AbbVie reported net revenues of $8.704 billion for the quarter, an increase of 4.8% on a reported basis from the same period last year. For the full year, the company reported $33.296 billion in revenue, up from $32.753 billion in 2018. The biggest news for last year was its acquisition of Ireland-based Allergan for $63 billion.

“Our strong performance this quarter completes another excellent year for AbbVie,” said Richard A. Gonzalez, chairman and chief executive officer of AbbVie. “The launches of Skyrizi and Rinvoq are going extremely well, and we are entering 2020 with substantial momentum. We also look forward to completing the planned Allergan acquisition in the first quarter.”

Novo Nordisk announced its operating profit increased by 11% for the full year in Danish kroner and by 6% at constant exchange rates (CER). The company’s Diabetes and Obesity care sales grew by 10% in kroner and 6% CER, driven by Diabetes care of 4% CER and Obesity by 42% CER. Biopharma sales increased by 7% by kroner and 4% at CER.

“We are very satisfied with the financial performance in 2019,” said Lars Fruergaard Jorgensen, president and chief executive officer of Novo Nordisk. “The results reflect an accelerated sales growth in International Operations and a strong launch of Ozempic in particular in North America Operations and Region Europe. The Rybelsus launch in the USA is off to a good start, and we are pleased with the CV label indication for Ozempic in the USA, and the EU recommendation to approve Rybelsus, all for the benefit of patients.”

Merck reported fourth quarter sales globally of $11.9 billion, an increase of 8%. The full-year 2019 sales were $44.6 billion, up 11%. The sales were somewhat overshadowed by the announcement the company was spinning off products from its Women’s Health, Legacy Brands, and Biosimilars businesses. It plans to launch a new, independent, publicly-traded company to handle those products. No name for the new company has been announced.

“Over the past several years, we have purposefully shifted the focus of our efforts and resources to our best opportunities for growth,” said Kenneth C. Frazier, chairman and chief executive officer of Merck.

Frazier added, “This has led to the exceptional results we are reporting today. Given the opportunities now in front of us, we believe we can benefit from even greater focus. At the same time, we believe additional resources and focus will help ensure that our expansive portfolio, including many trusted and medical important products, reach their full potential.”

The argument is that the spinoff will result in two independent growth companies. They are expected to have improved strategic and operational focus, more flexibility to respond to customer needs and the market, simplified operating models, optimized capital structures and resource allocation, and better financial profiles for “unique and compelling investment cases.”

The new company will decrease Merck’s Human Health manufacturing footprint by about 25% and the number of Human Health products by about 50%.

GlaxoSmithKline reported that full-year revenues increased 8% at CER to about $43.9 billion. Quarterly revenues rose 9% on a reported basis and 11% at CER to $11.46 billion, driven by Vaccines and Consumer Healthcare.

“All of this aims to support future growth, deliver significant value creation, and set up two new leading companies in biopharma and consumer healthcare, each with the opportunity to improve the health of hundreds of millions of people,” Emma Walmsley, GSK’s chief executive officer said.

Sanofi reported fourth-quarter revenues were up 6.8%, with Pharmaceuticals up 4.3%, Consumer Healthcare down 3.5%, and Sanofi Pasteur (Vaccines) up 25%. Dupixent sales were the largest growth contributor, with 135% growth of 679 million euros. The vaccines sales rose 22%, largely driven by U.S. influenza vaccine shipments in the fourth quarter. Net sales for the full year were up 4.8% to 36.1126 million euros, with Dupixent sales hitting 2.074 million euros.

“I am encouraged by the fourth quarter results which position Sanofi to deliver on our new strategic priorities,” said Paul Hudson, Sanofi’s chief executive officer. “The acceleration in sales performance was mainly driven by the impressive growth of Dupixent, our transformative medicine for type 2 inflammatory diseases and by our differentiated Vaccines portfolio. At the same time, our sharpened focus on operating and financial efficiencies helped us to deliver margin expansion and significant cash flow improvement.”

Seattle Genetics reported that their stock climbed 102% in 2019, and revenues jumped 66% for the quarter from $174.5 million the previous year to $289.8 million in 2019. It announced net income of $25.8 million in the fourth quarter. A big driver was sales of its lymphoma drug Adceris, with net sales climbing 26% year over year to $166.2 million. But the bigger driver was fourth quarter royalty revenues of $72.3 million, almost triple what it made in the previous year’s quarter of $24.6 million. Takeda Pharmaceutical also paid Seattle Genetics a $40-million milestone payment related to annual net sales of Adcetris that climbed past $400 million in Takeda’s sales territory. The company also had an increase in collaboration and license deals, hitting $51.1 million in the fourth quarter. This was related mostly to a milestone payment from GlaxoSmithKline and an upfront payment from Beigene.