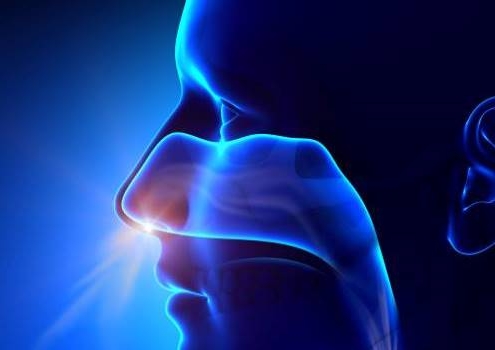 Intranasal vaccines have an advantage over intramuscular vaccines in that they confer both systemic and mucosal immunity, but past development challenges have been significant, so only a very few companies are working on them.

Now, BlueWillow Biologics® has demonstrated the safety and immunogenicity in humans of its intranasal technology, which CEO Chad Costley, M.D., said is the only adjuvanted intranasal platform that’s not virus-based. The company is on the cusp of multiple clinical trials in its lead commercial programs.

BlueWillow currently has vaccines in development for anthrax, pandemic flu, COVID-19, RSV, HSV (herpes) and peanut allergy. The anthrax vaccine is the furthest along, with positive interim data already announced from a Phase I trial showing safety and immunogenicity.

“BW-1010 is a single-antigen recombinant protective antigen (rPA) for anthrax combined with our adjuvant,” Costley said. “Because it’s a single antigen vaccine, it doesn’t have the side-effects of intramuscular anthrax vaccines.” Side-effects were a huge complaint among those receiving intramuscular injections of the anthrax vaccine in the early 2000s. The BlueWillow vaccine caused no significant side-effects, he added.

“Intranasal delivery also is easier and more acceptable to the patient. It’s less expensive, and it scales more easily than intramuscular vaccines,” he added. At this stage of development, the intranasal anthrax vaccine is administered in two doses, four weeks apart.

“The Phase I trial was primarily focused on safety, and wasn’t powered to show superiority versus other vaccines, but we are seeing a very good indication of immunogenicity, and both systemic and mucosal immunity,” he said. “We will prove efficacy through the animal rule in Phase II and III trials, so there will be no direct challenge against anthrax in humans,” Costley said. Anthrax is a Tier 1 biological agent and, as such, poses among the highest risks to national security and public health if it were to be used as a bioweapon.

BlueWillow began its anthrax program in response to the strong need to improve bioterror preparedness, Costley said. This program, supported by Public Health England and the National Institutes of Health, provided the foundation to de-risk the company’s other vaccine programs by proving the safety of the intranasal platform in humans.

The NanoVax® platform is based on a water-in-oil emulsion containing droplets approximately 400 nm to 500 nm in diameter combined with specific antigens to induce immunity. “We have a very safe, very flexible platform. It can be combined with a single antigen or multiple antigens.

“It may, potentially, be possible to make split-virus vaccines,” Costley added. Split-virus vaccines would include all the antigens that are present in the virus, such as the nucleocapsid, rather than only the spike protein and its mutations, potentially resulting in a vaccine that is more effective against mutated versions of SARS-CoV-2 or other relevant viruses. 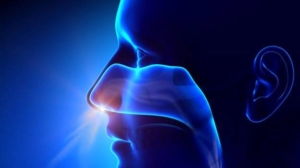 A partnership with the Biomedical Advanced Research and Development Authority (BARDA) and possibly industry to advance this anthrax vaccine into Phase II trials, is BlueWillow’s next step for that program.

Such a versatile platform provides a solid foundation for its wide range of vaccines. The company is developing an intranasal booster vaccine for COVID-19. In animal challenge studies, it is giving both mucosal and systemic immunity, boosting the response in previously vaccinated subjects. “Omicron (a recent variant of SARS-CoV-2) is proving that mucosal immunity is critical to protecting individuals from carrying and spreading the virus, as well as from becoming ill from it,” Costley noted.

BlueWillow also is developing vaccines to protect against herpes simplex virus and peanut allergies – “the most common food allergy,” he said. “We can develop vaccines for multiple food allergies (such as dairy, tree nuts or shellfish), as well as for environmental allergies.” Once the vaccine is sprayed into the nose, the body’s response shifts from inflammatory (Th2) to protective (Th1).

“We’re seeing long-lasting responses in sensitized animal models,” he said. “How this translates to humans remains to be seen, but we envision this as an immunotherapy that would last longer than the daily oral immunotherapies that currently are available,” perhaps enabling monthly or yearly administration.

In addition to the induction of both mucosal and systemic immunity, advantages of an intranasal approach include the lack of needles, low cost and thermostability under normal refrigeration temperatures (2-8°C), which eases distribution.

“Needle phobia is real,” Costley pointed out. Eliminating the use of needles can overcome some vaccine hesitancy, and it also makes it easier to protect people in developing countries. For example, intranasal administration doesn’t necessarily require a healthcare provider. “That’s a very big deal in low-income countries. Needles are expensive when scaled by the hundreds of millions.” Intranasal vaccines can resolve such problems for a variety of indications.