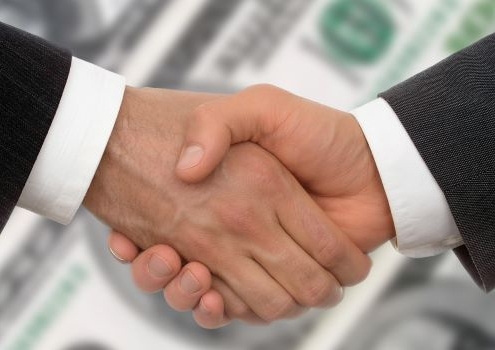 Amphista Therapeutics has forged two significant protein degradation partnerships with big pharma. On Wednesday, the U.K.-based company announced partnerships with both Bristol Myers Squibb and Merck KGaA that have a combined value of more than $2 billion.

Both big pharma companies will seek to leverage Amphista’s proprietary Eclipsys targeted protein degradation platform to develop novel protein degrading therapeutics. Targeted protein degradation (TPD) therapies are designed to remove pathogenic protein from the body in order to potentially access disease targets that have been considered “undruggable.” Amphista’s technology has been designed to develop next-generation TPD therapeutics based on advanced mechanistic insights and novel chemistry approaches that enable the development of novel protein degrading therapeutics. Rather than rely on the narrow set of ubiquitin E3 ligase-based mechanisms used in TPDs being developed by some other companies, Amphista’s approach makes use of a wider range of the body’s own innate protein degrading proteins. The company believes this overcomes the limitations of current TPD approaches and also provides the opportunity to target a wider range of disease indications.

For Amphista, the two collaborations come about a year after the company raised $53 million in an oversubscribed Series B financing round that was led by Novartis and Eli Lilly.

The deal with Merck Healthcare, a division of the larger company, is valued at more than $1 billion across three programs in oncology and immunology. The companies will work to discover and develop small molecule protein degraders for those indications.

Amphista Chief Executive Officer Nicola Thompson said the collaboration with Merck is a “significant validation” of the progress the company has made in TPD research.

Under terms of the deal with Merck, Amphista, a spinout of the University of Dundee in Scotland, will receive €39 million, about $44 million, in upfront and R&D funding. In total, across the three programs, Amphista can potentially receive €893.5 million, about $1 billion, in total payments. The company also stands to make single-digit royalties off any commercial products that result from the study.

With BMS, Amphista will receive an upfront payment of $30 million in the partnership to develop next-generation targeted protein degradation therapeutics. In the announcement, BMS and Amphista did not hint at the number of indications the partnership could involve. Amphista said BMS will receive a global exclusive license to the degraders developed under terms of the deal and will be responsible for further development and commercialization.

Under the terms of the agreement with Bristol Myers Squibb, Amphista has the potential to earn up to $1.25 billion in performance-based milestone payments.