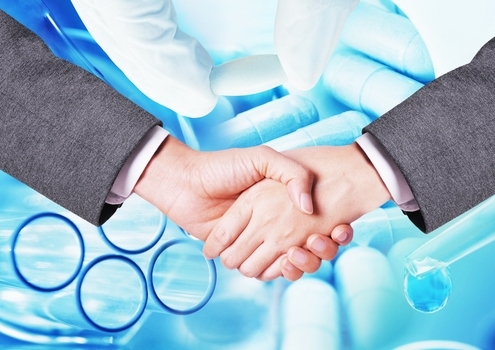 Bristol-Myers Squibb has not allowed the dust to settle since consolidating Celgene’s pipeline with its own. The pharma giant is now taking aim at harnessing CRISPR-based solutions to treat certain cancers with a $65 million collaboration with Montreal-based Repare Therapeutics.

This morning, the two companies announced a global collaboration that will harness the power of Repare’s CRISPR-enabled platform to discover the next generation of precision oncology medicines. The two companies will harness Repare’s SNIPRx target discovery platform to identify multiple synthetic lethal precision oncology targets for drug candidates. Synthetic lethality occurs due to a combination of deficiencies, such as mutations or inhibitions that are expressed on two or more genes that lead to the death of a cell. The idea behind synthetic lethality is that cancer tumors have a tolerance for mutations in DNA. However, there are DNA combinations that can kill them, such as with PARP inhibitors, which are typically cited as prime examples. PARP inhibitors, such as GlaxoSmithKline’s Zejula or AstraZeneca’s and Merck’s Lynparza, are especially effective at preventing tumors with BRCA mutations from harnessing the enzyme it requires to repair the DNA. Drugs directed at these different targets hold the promise of improving cancer treatments, the company has maintained since its launch in 2017.

Rupert Vessey, head of Research and Early Development at BMS, said Repare’s SNIPRx technology has the potential to lead to the discovery of important targeted drug candidates that can result in new precision therapies for patients.

According to Repare Therapeutics, the SNIPRx platform is a genome-wide CRISPR-based screening approach that uses proprietary isogenic cell lines to identify novel and known synthetic lethal gene pairs and the corresponding patients who are most likely to benefit from the therapies based on the genetic profile of their tumors. The collaboration will see the two companies use the SNIPRx platform to jointly identify multiple synthetic lethal precision oncology targets for drug candidates. BMS will then have exclusive rights to develop and commercialize therapeutics for select validated synthetic lethal precision oncology targets discovered under the collaboration.

“This collaboration will help to ensure that our novel discoveries are being broadly prosecuted in the search for the next generation of precision oncology medicines,” Lloyd M. Segal, president and chief executive officer of Repare Therapeutics said in a statement. “Bristol Myers Squibb brings key strategic capabilities to this partnership and the resources to maximize our platform’s potential while allowing us to independently focus on our proprietary clinical and near-clinical programs.”

Under terms of the deal, BMS will make an upfront payment of $65 million which includes a $15 million equity investment in Repare. If the collaboration results in potential therapeutics for different cancers, Repare will be eligible to receive up to $3 billion in different fees and milestone payments.

Gilead Doubles Down on Immuno-Oncology
Scroll to top