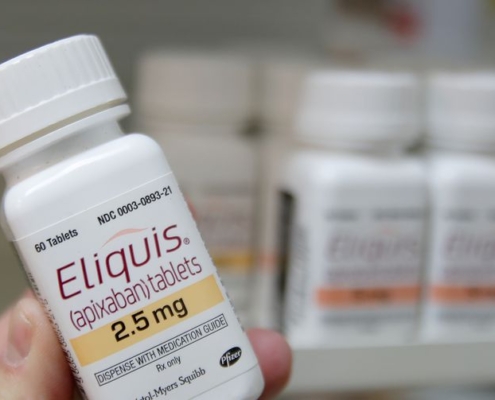 The underperformance of the cancer drugs was partially offset by better-than-expected sales of the blood thinner Eliquis that Bristol Myers shares with Pfizer Inc (PFE.N).

Analysts on average expected $1.82 a share, according to IBES data from Refinitiv.

Chief Financial Officer David Elkins said in an interview that the sales mix – in particular, the outperformance in lower margin Eliquis versus higher margin Revlimid – accounts for most of the gap between the results and analysts’ expectations.

Bristol Myers still expects full-year earnings in the range of $7.35 to $7.55 a share, Elkins said.

Revenue in the quarter of $11.07 billion was basically in line with analysts’ projections. 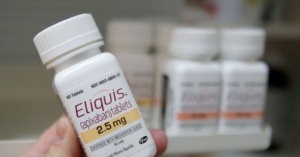 A pharmacist holds a bottle of the drug Eliquis, sold by Bristol Myers Sqibb and Pfizer at a pharmacy in Provo, Utah, U.S. January 9, 2020. REUTERS/George Frey

Eliquis sales were $2.89 billion, beating analyst expectations by about $300 million. Revlimid had sales of $2.94 billion, around $150 million lower than Wall Street projections.

“Overall, I think we’re in a good place,” Elkins said, adding that he expects Eliquis’ growth to continue and Opdivo to return to growth in the second half of the year due to approvals in new tumor types and its increasing use as an initial treatment for advanced lung cancer.

The company reported net earnings of $2.02 billion, or 89 cents per share, for the quarter, versus a net loss of $775 million a year ago, due in part to costs associated with the Celgene acquisition.

Bristol Myers shares closed at $66.03 on the New York Stock Exchange on Wednesday. The company’s shares are up around 7.6% this year, underperforming the Standard and Poor’s 500 index, which is up around 13% over the same period.