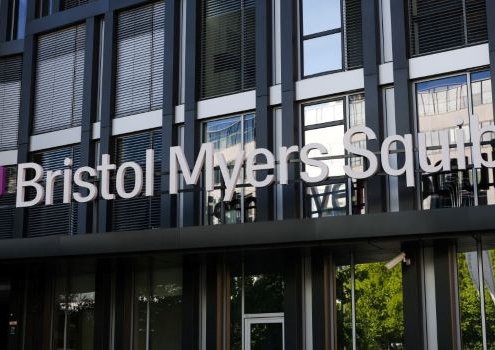 Bristol Myers Squibb Company and Eisai forged a strategic collaboration that could be worth nearly $2.5 billion to jointly develop MORAb-202, an antibody drug conjugate (ADC) to be used against certain solid tumors across several different cancer types.

MORAb-202 is Japan-based Eisai’s first ADC. The drug candidate combines the company’s in house developed anti-folate receptor alpha (FRα) antibody, as well as the anti-cancer agent eribulin. An enzyme cleavable linker rounds out the ADC. Eisai believes this is a potential-best in class FRα ADC that has demonstrated single agent activity in patients with advanced solid tumors, including endometrial, ovarian, lung and breast cancers.

The Tokyo-based company is already investigating MORAb-202 in two separate early-stage studies, a Phase I in Japan and a Phase I/II in the United States.

Under the terms of the agreement, BMS and Eisai will now jointly develop MORAb-202 with aims of marketing the ADC in multiple global markets, including The United States, Europe, Japan, China, Russia and other parts of Asia. Additionally, BMS will aim to market the ADC in other markets outside of the aforementioned collaboration areas. Eisai will remain responsible for the manufacturing and supply of MORAb-202 globally.

Eisai Chief Executive Officer Haruo Naito said the ADC candidate is characterized by its payload of Eisai’s eribulin, a synthetic analog of halichondrin B. Eribulin is a microtubule dynamics inhibitor. 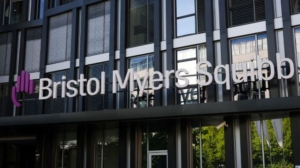 According to company data, eribulin is believed to work through a “tubulin-based mechanism that causes prolonged and irreversible mitotic blockage, ultimately leading to apoptotic cell death.”

Preclinical data in breast cancer studies demonstrated efficacy on the tumor biology, including increases in vascular perfusion that reduced tumor hypoxia and changes in the expression of genes in tumor specimens associated with a change in phenotype.

“Our collaboration with Bristol Myers Squibb will accelerate the development of MORAb-202 with the goal of bringing a potentially impactful treatment option to patients globally,” Naito said in a statement.

Giovani Caforio, chairman and CEO of BMS, called the collaboration an “important strategic fit” for the company. He said it would extend the company’s “leading position in oncology with a differentiated asset that complements our broad solid tumor portfolio and leverages our deep internal development expertise.” In addition, Caforio expressed his hope to bring the ADC treatment to cancer patients as quickly as possible.

The deal’s financial terms include $650 million in upfront monies from BMS, including $200 million to support research and development expenses. Milestone payments could total approximately $2.45 billion. Profits, research and development, and commercialization costs in the collaboration territories. For those areas where BMS will seem to market the ADC independently, the company will pay Eisai royalties on sales.