The study compared the use of ADC show [vic-]trastuzumab duocarmazine (SYD985) with physician’s choice in 436 female patients at sites across Europe, Canada, the United States and Singapore.

Patients in the TULIP trial were randomized to receive either SYD985 or physician’s choice therapy until the occurrence of disease progression or unacceptable toxicity. The investigators blindly compared the two treatment groups in terms of PFS, overall survival (OS), objective response rate (ORR), investigator-assessed PFS; patient-reported outcomes (PRO) for health-related quality of life as well as safety and tolerability.

Overall, the study met its primary endpoint of PFS, showing a significant improvement in this endpoint compared with physician’s choice treatment. Additionally, the investigators reported preliminary positive OS findings. The company noted that in-depth results from the Phase III trial will be presented at future scientific conferences.

“A large trial involving breast cancer patients with advanced disease is difficult in the best of times, but it is especially challenging during a global pandemic,” said Byondis CEO Marco Timmers, Ph.D. “The completion of TULIP is a testament to the dedication of all involved, especially the patients, their families and participating clinical sites.” 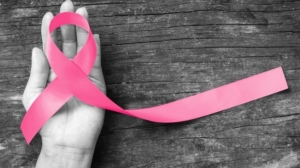 The company’s SYD985 candidate was developed based on its proprietary duocarmazine linker-drug (LD) technology ByonZine®. The therapy consists of monoclonal antibody trastuzumab in addition to a cleavable linker-drug dubbed valine-citrulline-seco-DUocarmycin-hydroxyBenzamide-Azaindole (vc-seco-DUBA).

In January 2018, the U.S. Food and Drug Administration granted Byondis’ SYD985 fast track designation based on other promising data from a two-part Phase I clinical trial of patients with heavily pre-treated last-line HER2-positive MBC.

According to Byondis, the antibody component of SYD985 binds to HER2 on the cancer cell’s surface while the cell internalizes the ADC. An inactive cytotoxin is activated following proteolytic cleavage of the linker, subsequently resulting in DNA damage and tumor cell death. As such, the ADC candidate is considered a type of targeted chemotherapy.

Given the most recent positive findings from the TULIP study, Byondis says it will soon complete the biological license application for the therapy and submit the application before the end of this year. Additionally, Byondis says it plans to develop partnerships with other pharma and biopharma companies to assist in the commercialization of SYD985.

In addition, SYD985 has been incorporated into two Quantum Leap Health Collaborative™ trials, including a new arm of the I-SPY 2 TRIAL™ studying neoadjuvant use of the therapy in HER2-low early-stage breast cancer as well as a Phase I trial with combining the candidate with paclitaxel in solid tumors.