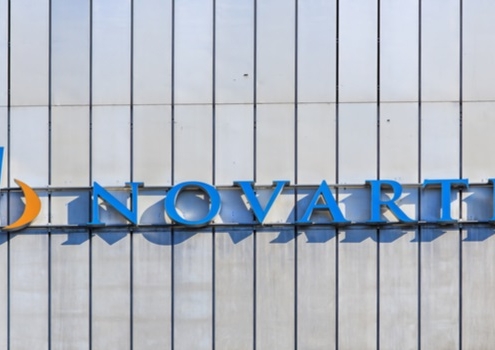 Neuro Biotech Scooped Up by Novartis in $770 Million Deal

Novartis is acquiring Cambridge, Massachusetts-based Cadent Therapeutics for $210 million up front and a possible $560 million in milestone payments. Cadent focuses on neuroscience and was launched in 2017 when Luc Therapeutics and Ataxion Therapeutics merged.

MIJ821 is currently in a Phase II trial. The drug selectively modulates a subset of NMDA receptors linked to depression.

“Since the company’s launch, the Cadent team has been focused on building a portfolio of next-generation small molecule treatments for cognitive, mood, and movement disorders,” said Jodie Morrison, chief executive officer of Cadent. “The expertise of Novartis in development of CNS therapeutics—something we have witnessed first-hand in our existing collaboration—provides an ideal foundation for continued advancement of the Cadent pipeline and will ensure the broad potential of these drugs is realized for patients.”

On March 10, 2020, Cadent received the greenlight from the U.S. Food and Drug Administration (FDA) to launch a Phase I clinical trial of CAD-303 for schizophrenia. The Affinity trial is a multicenter, randomized, placebo-controlled study evaluating the safety, tolerability and exploratory efficacy assessments of CAD-9303. Outcome measures include tests of cognitive function, a standard negative symptom sub-scale, and biomarkers including EEG. 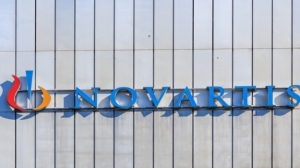 “The major unmet need for people living with schizophrenia is the lack of treatments for cognitive deficits and negative symptoms,” said Tim Piser, Cadent’s chief scientific officer, in March. “Clinical neuroscience has strongly implicated NMDA receptor hypofunction in the pathophysiology of schizophrenia, and CAD-9303 may offer the first opportunity to directly address NMDA receptors as a therapeutic approach.”

Gopi Shanker, the Interim Co-Head of Neuroscience the Novartis Institutes for BioMedical Research (NIBR), noted, “There is good evidence, both from human genetics as well as clinical studies, that NMDA receptors, which regulate learning, memory and plasticity in the brain, function sub-optimally in schizophrenia. By modulating the activity of these receptors, we think CAD-9303 could potentially treat negative and cognitive symptoms and help address one of the key gaps in schizophrenia care.”

In July, Novartis teamed up with Sangamo Therapeutics to develop gene regulation therapies for three neurodevelopmental targets. Sangamo’s genome regulation technology is called zinc finger protein transcription factors (ZFP-TFs), and are used to upregulate the expression of genes in neurodevelopmental disorders. Like gene therapies, the ZFP-TF tech is delivered using adeno-associated viruses (AAVs), that act at the DNA level to selectively switch on or off specific genes.

Novartis paid Sangamo $75 million upfront as a license fee, and Sangamo is eligible for up to $720 million in various milestone payments. The indications are for autism spectrum disorder (ASD) and other unspecified neurodevelopment disorders.