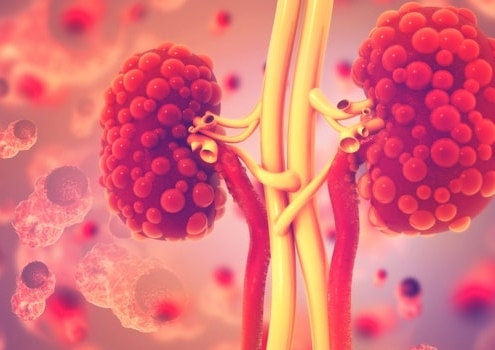 Shares of Calliditas Therapeutics soared more than 51% in premarket trading after the company announced positive Phase III data from its study of Nefecon in IgA nephropatjhy (IgAN), an autoimmune renal disease.

This morning, Sweden-based Calliditas said Nefecon hit its primary endpoint by demonstrating a statistically significant reduction in urine protein creatinine ratio, UPCR or proteinuria, after nine months of treatment. Patients treated with Nefecon saw a 31% mean reduction compared to 5% with placebo. The study also showed the benefits continued to improve significantly at 12 months. The trial also met the key secondary endpoint showing a statistically significant difference in estimated glomerular filtration rate or eGFR after nine months of treatment with Nefecon compared to placebo.

“We are delighted with this strong data set which confirms the results seen in the Phase IIb trial and provides further support for effectively treating IgAN at its origin. Calliditas has been a pioneer in IgAN for many years and we are excited to be the only company to have reported out a positive Phase III trial in this indication. This result brings hope to thousands of patients who today have no approved treatment alternatives,” Renée Aguiar-Lucander, chief executive officer of Calliditas said in a statement.

The Phase III NefIgArd trial consists of two parts. Part A, which is the basis for potential regulatory submissions and approvals, provides data on the efficacy and safety of Nefecon.

Nefecon is a patented oral formulation of a potent and well-known active substance – budesonide – for targeted release. The formulation is designed to deliver the drug to the Peyer’s patch region of the lower small intestine, where the disease originates, as per the predominant pathogenesis models.

IgA nephropathy, also called Berger’s disease, occurs when called immunoglobulin A builds up in the kidneys. The buildup results in local inflammation which can hamper the kidneys’ ability to filter waste from your blood. In addition to Calliditas, other companies are also developing treatments for IgaN, including Vancouver-based Chinook Therapeutics.

The NefIgArd trial is continuing on a blinded basis with patients continuing in the observational Part B of the trial for a 12 month follow up period post their completion of Part A. Calliditas is recruiting an additional 160 patients for inclusion in Part B during 2020.