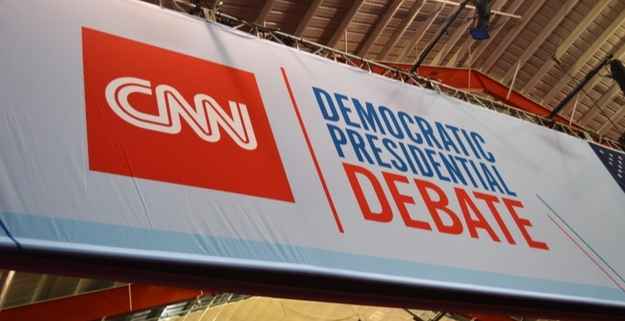 The price of prescription drugs was a central issue in Tuesday night’s Democratic presidential debate as candidates pointed out ways they would use the power of the federal government to lower the cost of medications in the United States.

The Democratic candidates expressed their concern over the number of Americans who are not able to afford the costs of some of the life-saving treatments on the market in this country, particularly insulin, which has seen prices jump significantly in recent years. The candidates revealed their goals, if not their full plans, all while the pharmaceutical and healthcare industry is gathered in San Francisco at the annual J.P. Morgan Healthcare Conference.

Sen. Elizabeth Warren said she would lower the price of insulin, HIV medications and others on her first day in office through the use of executive privileges afforded the president. Warren said the president already has the legal authority to lower the price of some prescription drugs, such as insulin. She said President Donald Trump hasn’t opted to do that yet, but she would if elected.

“I will lower the price of EpiPens, HIV/AIDS drugs — that’s going to bring a lot of relief to a lot of families immediately,” Warren said, according to STAT News. 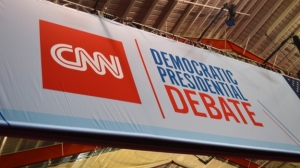 Sen. Amy Klobuchar of Minnesota also said she would use powers available to the president to lower costs. Neither Warren nor Klobuchar elaborated on what executive power they would use, according to reports. Klobuchar has already released a list of 100 actions she would take within her first days in the White House should she be elected. That includes the importation of certain prescription drugs from Canada, something already in the works by the current administration, as well as issue regulations to the Department of Health and Human Services to end anti-competitive practices that “block or delay cost-saving competition” that could lower the cost of prescription drugs.

Klobuchar, who is also in favor of universal healthcare in the United States, along with Pete Buttigieg, the former mayor of South Bend, Ind., and the other candidates are all in favor of providing the government with the authority to negotiate prices for drugs covered by federally-funded plans, such as Medicare. The House passed such legislation at the end of last year and sent it over to the Senate where it is likely to not gain traction due to the opposition from Republicans who control the upper chamber.

In October, Buttigieg released his own plan to lower drug costs, which would create a “Medicare for All” program to keep costs low. The plan would include an out-of-pocket drug spending cap of $250 for people participating in the government-funded plan.

One method championed by Warren to lower prescription costs is to have the federal government manufacture generic drugs. She said, according to STAT, that about 90% of drugs are not under patent protection. However, “the drug industry has figured out how to manipulate this industry, keep jerking prices up and up and up,” she said. Her proposal is to give the industry some “competition” and have the government make its own generic drugs to provide that competition.

Sen. Bernie Sanders, a longtime critic of high drug prices, touted legislation he previously introduced that would give the government “march-in rights” to lower costs. The march in right allows the government to ignore the exclusivity of a patent and grant additional licenses to other applicants. The use of march-in rights was also touted by Sen. Kamala Harris, who ended her bid for the Democratic nomination last month.

Jamie Dimon, chief executive officer of JP Morgan, urged the Democratic candidates to show restraint in their plans to redesign the U.S. health care system. Calling it “the most dynamic health care system in the world,” Dimon said the Democrats need to be “very careful” in their approaches. He told Fox Business that government-designed health care is problematic and would likely not be efficient in providing Americans with the care they deserve. Two years ago, Dimon, along with Berkshire Hathaway’s Warren Buffett, Amazon’s Jeff Bezos announced they were creating a joint venture to cut healthcare costs and improve services. The initiative, now named Haven, was created with the idea of improving healthcare access and lowering costs for their combined companies’ 1.2 million employees and families in the U.S.

With Rising Drug Prices a Concern, Some Companies Enact Their Own Control P...
Scroll to top