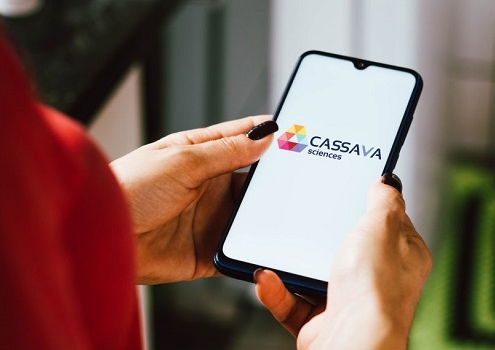 Cassava Sciences hits back at NYT for alleged “pre-set narrative”

Cassava Sciences President and CEO Remi Barbier is hitting back at The New York Times, calling out the venerable newspaper for an alleged one-sided article that he claims misrepresented the research of his company by only using sources who were critical of Cassava.

In a letter sent to the Times’ science editor, Barbier criticized the April 18 article that caused Cassava share prices to plunge by citing researchers who had a negative opinion of the company’s experimental Alzheimer’s treatment simufilam.

“We’re disappointed the reporter relied almost exclusively on sources known to be critical of Cassava Sciences, failed to report on conflicts of interests and misrepresented our Company. It appears this reporter had a pre-set narrative and wrote an article to fill in the plot. That hardly fits with The New York Times’ reputation of producing a solid, fair investigative piece,” Barbier wrote.

The Times article raised concerns over the veracity of papers authored by H.Y. Wang, an adviser to the company, and Lindsay H. Burns, senior vice president of neuroscience at Cassava. The article noted that the journal PLoS One retracted the papers following an investigation. That, in turn, led other journals, including Neurobiology of Aging, to scrutinize articles authored by the two scientists. Some of those papers were flagged with “expressions of concern,” raising questions about accuracy. The Times noted those journals did not find evidence of data manipulation but listed methodological errors. 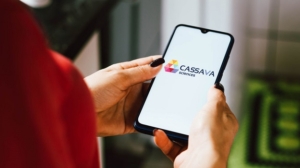 BRAZIL – 2021/09/28: In this photo illustration the Cassava Sciences logo seen displayed on a smartphone. (Photo Illustration by Rafael Henrique/SOPA Images/LightRocket via Getty Images)

Barbier also claimed the Times reporter interviewed several researchers who were highly critical of the Cassava data regarding simufilam. In his response to the paper, Barbier said the sources that the Times cited were all known to have a “negativity bias” against the company, which allowed the reporter to “make a pre-determined point.” Barbier pointed out that the article included two entities who hold a short position in the company’s stock, which he asserts raises flags about their intentions of besmirching the company.

“On that basis, one would think the topic merits unbiased sources, both sides of the story and as much information as possible for readers to judge the fairness of a reporter’s story. Knowing that seven of nine people are negative on the Company before you even contact them is no one’s idea of fair and objective reporting,” Barbier wrote.

Barbier further pointed out that some of the critics of Cassava’s Alzheimer’s approach, which is designed to restore the normal shape and function of the altered filamin A (FLNA) protein in the brain, are working on competing therapies. He noted that one of the critics cited was behind the $51 million Series A financing for Protego Biopharma, which is focused on developing small molecule drug candidates that enable protein folding and trafficking in order to address the root cause of diseases like Alzheimer’s. Protego is a potential competitor of Cassava in the Alzheimer’s space, Barbier said.

Barbier also noted that some of the critics cited in the Times report were linked to a Citizen’s Petition filed with the U.S. Food and Drug Administration. In the petition, the researchers claimed Cassava’s research included published images that appeared to have been manipulated using Photoshop or a similar type of software. The researchers publicly admitted they were shorting the company stock. That petition was denied earlier this year after the journal Neuroscience said it could find no evidence of data manipulation in Cassava papers published within its pages.

Barbier went on to explain the devastating impact of Alzheimer’s on patients, as well as their loved ones. It’s a disease that has few treatments, particularly with the recent decision by the Centers for Medicare & Medicaid Services to recommend limiting coverage of Biogen’s Aduhelm to only patients who are part of a clinical trial. He said those who attempt to stifle research into Alzheimer’s are not just attacking companies, but also the patients who suffer from the disease.

“Cassava Sciences competes zealously with large and small biopharmaceutical companies, but we deal with competitors openly and honestly. We do not invent obstacles to hamstring their efforts. Like The New York Times, we observe standards that govern our dealings with critics and colleagues alike. We only wish The New York Times reporter had treated us the same way,” Barbier said.

Following the disclosure of the letter, shares of Cassava are climbing in premarket trading.

The Rockefeller Foundation injects $55 million to get Covid-19 shots from airports...
Scroll to top
Posting....