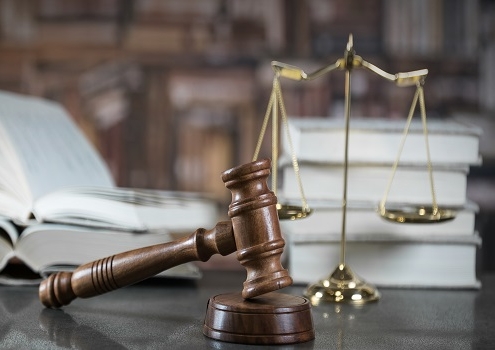 Catalyst Lawsuit Against the FDA Claims Price, Bernie Sanders Played a Role in Approval of a Rival Drug

Did the price of a newly-approved treatment for a rare autoimmune disease and pressure from U.S. Sen. Bernie Sanders lead to the approval of a rival treatment? That’s what Florida-based Catalyst Pharmaceuticals is attempting to show in court.

In June 2019, Florida-based Catalyst Pharmaceuticals filed a lawsuit against the U.S. Food and Drug Administration (FDA) over the regulatory agency’s decision to approve a rival treatment for its newly-approved Lambert-Eaton Myasthenic Syndrome (LEMS). Documents released in court, including partially redacted emails from the FDA, appear to show that issues regarding the $375,000 list price for Catalyst’s Firdapse (amifampridine), the first-ever approved treatment for LEMS.

Sanders, an outspoken critic of high drug prices, accused Catalyst of price gouging, and pointed to New Jersey-based Jacobus Pharmaceutical, which had been giving away treatments to 200 LEMS patients each year. In May, the FDA awarded Jacobus approval for its LEMS drug, Ruzurgi (amifampridine), which is the only medication approved for patients between the ages of six to 17. To make matters worse, at least in the eyes of Catalyst, when the FDA approved Ruzurgi, the agency said the use of the drug was supported by evidence from well-controlled studies of the drug in adult LEMS patients. That suggests that doctors treating adults with LEMS could opt to prescribe Ruzurgi over Catalyst’s Firdapse. That caused shares of Catalyst to plunge and the company fired back with the lawsuit, claiming that it had Orphan Drug status, which provides several years of market exclusivity. That should have prevented the FDA from approving the rival drug, the company argued.

This week, Regulatory Focus, the publication of Regulatory Affairs Professionals Society (RAPS), reported that documents released as part of the lawsuit seem to show that the price of Firdapse was indeed part of the discussion when the FDA weighed approval of Ruzurgi. An FDA email chain shows the discussion of “competition and price issues,” Catalyst claims in its lawsuit, according to the RAPS report.

Catalyst said it has developed an “array of financial assistance programs” that can reduce co-pays and deductibles to affordable levels. The company said in most cases, with the financial plans in place, as well as with insurance programs, the monthly out-of-pocket expenses by most patients are on average about $10.

Sanders, who is running as a candidate for the Democratic nomination for President of the United States, blistered Catalyst with his commentary regarding the price point it set for Firdapse and accused them of allowing patients to die because they could not afford the treatments. He promised to conduct inquiries into the company and also urged the FDA to approve the Jacobus medication, which, until that point, had only been provided to LEMS patients under the FDA’s compassionate use program. Sanders argued that the FDA should allow the use of Ruzurgi by LEMS patients in a similar manner to how the FDA approved of compounding companies selling less expensive versions of the premature birth medication, Makena. KV Pharmaceuticals, the makers of Makena, filed a lawsuit against the FDA for failing to stop compounding companies from making and selling cheaper versions of Makena. The case was thrown out of court in 2012. The judge ruled the FDA exercised its discretion in whether or not enforcement should be pursued against compounders and also found the FDA “clearly conveyed the circumstances under which such actions may be taken and when compounding was permitted without violating the law.”

As the Catalyst case continues to move forward, the company is asking the court to provide “unredacted versions of FDA’s internal documents, including a ‘completely redacted memorandum on whether ‘the orphan drug exclusivit[y] the FDA recognized for Firdapse . . . block[s] the approval of Ruzurgi’” and a completely redacted email from Colleen LoCicero (associate director for regulatory affairs in FDA’s Office of Drug Evaluation I) to a colleague’ apparently describing what FDA’s Office of Chief Counsel (‘OCC’) is concluding about exclusivity and related issues,” RAPS reported.

Catalyst said it hopes the lawsuit can be resolved by the middle of this year. In January, the company said after a full year of Firdapse being on the market, it has “exceeded all expectations for product revenues and the number of patients who are currently being treated with Firdapse.” The company anticipates additional LEMS programs in the future.