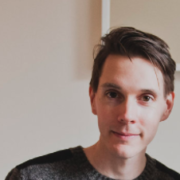 Elon Musk struck a deal to buy Twitter for $44 billion. Although a somewhat unconventional character, sleeping at the Tesla headquarters and eschewing wealthy materialism, make no mistake that Musk’s successful track record in business shows how significant Twitter may become under his leadership. While no one knows for sure what will be, Casey Ross – Social Media Strategy Director at FCB Health New York – looks at some of the issues Musk has publicly called out, and their potential implications for advertisers.

Eli Lilly is in the news for positive Olumiant data in Covid-19, a drop in Covid-19 product sales for second-quarter 2021, and a protest of one of the company’s ads.

Relative to doctors who were shown rational ads that were generalized, the third annual Wunderman Thompson Health Inertia Study found that 34 percent more doctors were likely to take action after seeing emotional ads that addressed them on a personal level.

The FDA proposed new health warnings for cigarette packages and ads due to small size and lack of an image in current warnings.

Consumers who search online for prices of common medical procedures may be disappointed by what they find, a U.S. study suggests.