Fueled by a desire for innovation and new medical breakthroughs, the biotech industry continues to enjoy substantial growth due to increased investment in R&D.

Mylan reached a settlement providing “a clear pathway” for the launch of its biosimilar version of Roche’s top-selling breast cancer drug Herceptin in major markets.

Hungarian pharma firm Richter withdrew a marketing application for a biosimilar drug from the EMA in anticipation of a possible negative assessment.

A copy of the blockbuster biotech drug Enbrel was recommended for approval in Europe on Friday, making it the second so-called biosimilar antibody medicine to win such a green light from the continent’s regulators. The European Medicines Agency (EMA) said its experts backed the use of South Korean company Samsung Bioepis’s version of etanercept, as […]

Leaders of India’s $15 billion pharmaceuticals industry, a major supplier of affordable generics to the world, have joined public health activists in criticizing a new U.S.-led trade deal they say will delay the arrival of new cheap drugs. The impact of the Trans-Pacific Partnership (TPP) struck last week between 12 nations, which include the United […] 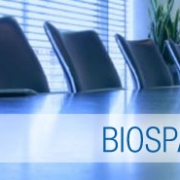 Novartis is increasingly confident about the potential of its new injectable drug Cosentyx, as fresh clinical data confirms its long-term benefits in treating psoriatic arthritis. Cosentyx was approved by the U.S. Food and Drug Administration in January for treating the painful skin condition plaque psoriasis, but the company also has high hopes for the product […]