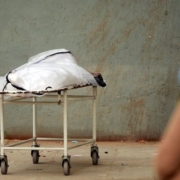 People who die of severe COVID-19 have brain abnormalities that resemble changes seen in Alzheimer’s disease – accumulation of a protein called tau inside brain cells, and abnormal amounts of the protein beta-amyloid that accumulates into amyloid plaques – small studies found. In other news, seniors can safely get the high-dose flu vaccine and an mRNA COVID-19 booster dose at the same time, a new study confirms.

A study by The National Institutes for Quantum Science and Technology in Japan found that a supplement with seven specific amino acids called Amino LP7 appeared to slow brain degeneration and dementia development in mice. 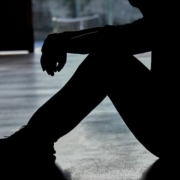 Shares of Axsome Therapeutics were up after the company announced positive long-term results from a Phase III major depressive disorder (MDD) study that sets up potential regulatory approval for AXS-05.

A review of recently published scientific studies includes a look at the potential of using flu and pneumonia vaccines to decrease the risk of developing Alzheimer’s disease.

An experimental drug could offer hope for restoring damaged brain cells in Parkinson’s patients, scientists said on Wednesday, although they cautioned that a clinical trial was not able to prove the treatment slowed or halted the neurodegenerative disease.

Eisai Inc. and Boston University School of Medicine have formed a research collaboration to study the effects of Alzheimer’s disease-associated genetic variants on the behavior of brain cells, called microglia.

The FDA approved Adamas Pharmaceuticals Inc’s treatment for a side effect caused by a commonly prescribed Parkinson’s drug.

Bristol-Myers Squibb Co. said it would license two of its drugs to Biogen Inc. and Roche Holding AG for an upfront fee of $470 million.

WASHINGTON, July 19, 2015 /PRNewswire-USNewswire/ — Promising early results of new drugs that target common components of several brain diseases that cause dementia – including Alzheimer’s disease, Parkinson’s disease, and Lewy Body dementia – were reported today at the Alzheimer’s Association International Conference® 2015 (AAIC® 2015) in Washington, D.C. These diseases cause a range of […]