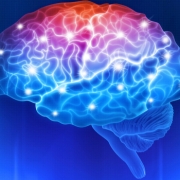 AMO Pharma, a British biopharmaceutical company, is targeting a pathway most often associated with cancer to treat people with genetic encephalopathy (GE).

Dr. Ann McKee of Boston University studies the brains of deceased football players at the world’s largest brain bank, hoping to learn about the long-term impact of repeated head traumas for people ranging from professional athletes to victims of domestic abuse.

Roche Holding and partner AC Immune called a halt to two late-stage studies of the companies’ crenezumab drug for early Alzheimer’s, the latest in a string of failures to find a treatment for the progressive brain disease.

Indivior PLC announced that the U.S. FDA approved Sublocade (buprenorphine extended-release) injection for subcutaneous use (CIII), the first and only once-monthly injectable buprenorphine formulation for the treatment of moderate to severe opioid use disorder (OUD) in patients who have initiated treatment with a transmucosal buprenorphine-containing product followed by dose adjustment for a minimum of seven days.

Researchers have discovered a protein that could help diagnose a degenerative brain disease commonly found in athletes, veterans of military service and others who have experienced brain trauma.

All but four of 91 former National Football League (NFL) players who donated their brains for research were diagnosed with a disease linked to concussion and head trauma, according to the Concussion Legacy Foundation. The foundation said on its website that the study, conducted by the United States Department of Veteran Affairs and Boston University, […]