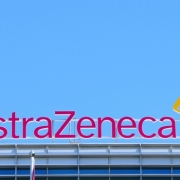 As pharma companies bolster their pipelines via multibillion-dollar acquisitions, drug manufacturers continue to heavily invest in the oncology space.

An additional six months of data from a late-stage trial of Takeda Pharmaceutical Co.’s experimental dengue vaccine again showed TAK-003 failed to protect against one of the four types of the virus in an important patient group, researchers said.

The Philippine Department of Justice has found probable cause to indict officials from French drugmaker Sanofi and former and current Philippine health officials over 10 deaths the department said were linked to use of a dengue vaccine.

THIRUVANANTHAPURAM, India (Reuters) – A dengue outbreak has killed at least 21 people in India’s southern state of Kerala in the past three weeks, a government official said, adding that there was a shortage of medicines and health workers to tackle the crisis in the tourist hotspot. The mosquito-borne dengue virus, which causes flu-like symptoms […]

Adult women in Puerto Rico were significantly more likely to develop Zika than men, researchers said, raising new questions about the potential role of sexual transmission of the virus from males to females.

The World Health Organization’s expert group on immunization said on Friday it recommended that countries consider introducing Sanofi’s dengue vaccine Dengvaxia in areas where prevalence of the virus was 50 percent or higher. Vaccination should be done between the ages of nine and 11, but efficacy improved as people got older, Jon Abramson, chairman of […]