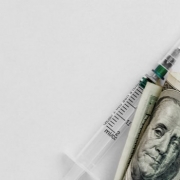 With rising numbers of COVID-19 infections and as the fight against the novel coronavirus continues, Novavax received $1.6 billion in federal funding to support the clinical development of the company’s vaccine candidate NVX‑CoV2373.

President Donald Trump signed a resolution that will allow U.S. states to restrict how federal funds for contraception and reproductive health are spent.

India will fully fund its AIDS control program federally, the health minister said on Tuesday, restoring support months after it was criticized for slashing its contribution and asking individual states to fill the gap.   India’s globally-lauded AIDS program has been in disarray since last year due to payment delays that worsened after Prime Minister […]