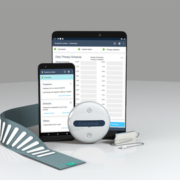 Galvani Bioelectronics, a clinical-stage company formed through a strategic partnership between GlaxoSmithKline and Verily Life Sciences in 2016 with the aim to develop targeted neuromodulation therapies, announced that the first patient with rheumatoid arthritis was treated through stimulation of the splenic nerve using the its novel bioelectronics platform. 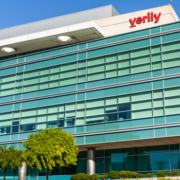 Google’s Verily snapped up Raleigh, N.C.-based SignalPath and the company’s clinical trial management system that is expected to support its own clinical trial and evidence-based platform known as Baseline.

The U.S. Food and Drug Administration granted an emergency use authorization for a Covid-19 test from Alphabet Inc. unit Verily Life Sciences.

Artificial intelligence (AI) is increasingly seen as a tool in biopharma and life sciences to improve drug development. There is a bit of a resource lag because AI is expensive. For example, Google/Alphabet owns an AI laboratory called DeepMind. Google acquired DeepMind in 2014 for a reported $650 million. Google, as one of the largest corporations on Earth, is very interested in the use of AI and health care.

Researchers with Cortexyme published research in the journal Science Advances describing the role of Porphyromonas gingivalis, a bacteria that causes gingivitis, to Alzheimer’s disease.

Google’s Verily will team up with ResMed, a company that specializes in treating sleep disorders, to launch a joint business venture to address sleep apnea and other sleeping disorders.