BOSTON – The verdict is in and Lars Sørensenhief executive officer of the Denmark-based diabetes drugmaking giant Novo Nordisk (NVO), has been named the world’s best-performing CEO, according to the Harvard Business Review.   This year, the HBR selected Sørensen as the number one chief executive for its annual “100 Best Performing CEOs.” Sørensen, who […]

(Reuters Health) – People who are inactive for hours on end each day may face an increased risk of diabetes and heart disease even if they also get regular exercise, a U.S. study confirms. While the study wasn’t designed to prove that a sedentary lifestyle causes heart disease or diabetes, the link between inactivity and […]

Shares in Novo Nordisk (NOVOb.CO) rose as much as 5 percent on Monday after the U.S. Food and Drug Administration (FDA) approved the diabetes drug Tresiba, allowing the Danish drugmaker to prepare its largest ever drug launch.   The FDA’s decision late on Friday came two years after it had rejected the long-acting form of […]

Analysts are confident the U.S. Food and Drug Administration (FDA) will soon approve Novo Nordisk’s new long-lasting insulin drug Tresiba — just as they were before the drug was first rebuffed two years ago. Tresiba is considered as a future blockbuster for the Danish company, the Nordic region’s most valuable, but the U.S. regulator asked […] 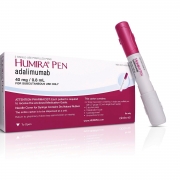 Humira during 2014 remained the world’s best-selling prescription medicine; Sovaldi vaulted into second place in its first full year on the market; Harvoni is challenging Humira for the 2015 sales crown.