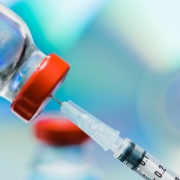 As companies scramble to develop a vaccine against the SARS-CoV-2 virus, a team of husband and wife researchers have found that the measles, mumps, rubella (MMR) vaccine can reduce the symptoms of COVID-19.

According to the Pharmaceutical Research and Manufacturers of America (PhRMA), there are 264 vaccines in development to prevent and treat diseases.

The United States recorded 971 cases of measles in the first five months of 2019, surpassing the total for any year since 1992, which was before the disease was declared eradicated in the country, federal officials said.

U.S. President Donald Trump urged Americans to protect themselves with the measles vaccination as the number of cases of the once-eradicated disease hit the highest levels in the United States since 2000.

A New York suburb banned children not vaccinated against measles from public spaces, such as schools and shopping malls, in a fight against the state’s worst outbreak in decades of the potentially deadly disease.

A global coalition set up to fight emerging epidemics struck a $31 million deal with scientists at Japan’s University of Tokyo to speed up work on a vaccine against a brain-damaging disease caused by the Nipah virus.

Europe had a record number of measles cases during 2018, in part due to a growing number of pockets where parents are refusing vaccination for their children, the World Health Organization said.

Update, 6:38pm ET, July 2: According to records at the CDC and to Washington state health department spokesperson Donn Moyer, other deaths have been reported to be from measles over the past decade, but these were not confirmed deaths. “In order for a death to be a confirmed case, there has to be verifiable evidence […]

A previously undetected measles infection was found by an autopsy to be the underlying cause of a Washington state woman’s death this spring, marking the first known U.S. fatality from the disease in 12 years, public health officials said on Thursday. The woman from Clallam County, in northwestern Washington, was most likely exposed to measles […]

California Governor Jerry Brown on Tuesday signed a bill eliminating the state’s personal beliefs exemption for school vaccine requirements – legislation that was prompted by a measles outbreak at Disneyland linked to low vaccination rates. The new law, which makes California only the third state to eliminate religious and other personal vaccine exemptions, generated vociferous […]