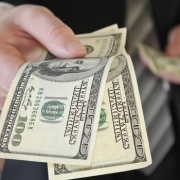 Glympse Bio secured $46.7 million in a Series B fundraising round that will be used to support continued development of the company’s novel biosensor platform in fibrotic diseases such as non-alcoholic steatohepatitis (NASH), oncology and infectious diseases.

Real-Time Data For Cancer Therapy Biochemical sensor implanted at initial biopsy could allow doctors to better monitor and adjust cancer treatments. In the battle against cancer, which kills nearly 8 million people worldwide each year, doctors have in their arsenal many powerful weapons, including various forms of chemotherapy and radiation. What they lack, however, is […]