Scientists succeeded in reviving microbes retrieved from sediment deep under the seafloor in the heart of the South Pacific that had survived in a dormant state for 101.5 million years in research illustrating the resiliency of life on Earth. 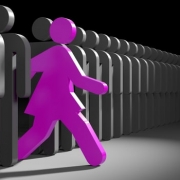 Rebecca Vaught never set out to become an entrepreneur, but that’s exactly what happened when she launched Van Heron Labs during 2020 with a goal of reframing the understanding of the body’s organismal and cellular performance.

Melinta Therapeutics filed for bankruptcy protection, becoming the latest casualty of a persistent cash burn in the antibiotic industry.

After hitting its milestone mark, Warp Drive Bio is turning over its novel antibiotic compounds to Sanofi, which will take over all preclinical and clinical development operations.

Scientists behind the discovery of a technology called CRISPR-Cas9 that allows researchers to edit virtually any gene they target are among the top contenders for Nobel prizes next month, according to an annual analysis by Thomson Reuters. The predictions announced on Thursday come from the Intellectual Property & Science unit of Thomson Reuters (which also […]