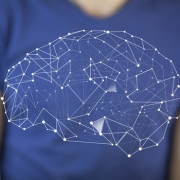 Switzerland-based Noema Pharma raised $59 million in a Series A financing round that will support the development of four clinical-stage assets the company licensed from Roche for the treatment of orphan neurological diseases with severe unmet needs. 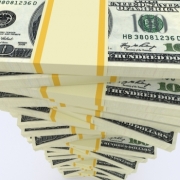 Takeda Pharmaceutical started 2019 with a spate of cell therapy collaborations designed to advance the company’s novel immuno-oncology portfolio. The three collaborations will accelerate the discovery of next-generation cancer immunotherapies.

There is a new player in the southern California biotech industry as new venture firm Westlake Village BioPartners launched with a $320 million fund.

Startup biotech companies have a new place to call home in downtown Manhattan thanks to Alexandria Real Estate Equities.

April 19, 2016By Mark Terry, BioSpace.com Breaking News Staff   DalCor Pharmaceuticals, which maintains offices in San Mateo, Calif., Switzerland, the UK and Montreal, Canada, announced today that it had wrapped up a private financing round valued at $150 million. Late in 2015, the company closed on a $50 million Series A round, and completed […]

February 19, 2016By Mark Terry, BioSpace.com Breaking News Staff   Cambridge, Mass.-based venture capital firm Atlas Venture launched another Cambridge biotech startup yesterday, AvroBio. No financial details were disclosed. The company is founded on two novel cell and gene therapies that came out of the laboratories of Christopher Paige and Jeffrey Medin at the University […]

BioSpace (DHX) is pleased to present its NextGen Bio “Class of 2016.” This list contains 20 life science companies that launched no earlier than 2013 and are headquartered in the United States. Once BioSpace sorted the companies into that group, they were then weighted by a number of different categories and ranked in a cumulative […]