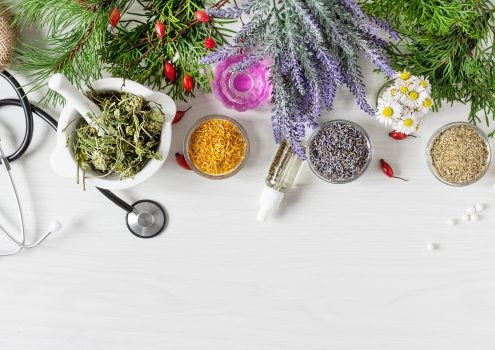 The Chinese government has halted the recommendation of an herbal supplement used as a traditional Chinese treatment for mild cases of COVID-19. The government repealed its support of the use of capsules of Lianhua Qingwen, which is manufactured by Shijiazhuang Yiling Pharmaceutical Group.

Chinese health authorities pulled their recommendation over the weekend after influential health platform Dingxiang Yisheng published an article that disputed the efficacy of Lianhua Qingwen in COVID-19 and advised people not to take it as a preventative. Lianhua Qingwen is an herbal supplement that includes honeysuckle, licorice root and apricot seed among its listed ingredients. The Dingxiang Yisheng article noted that the herbal supplement could cause several unpleasant side effects in patients, including nausea, vomiting, diarrhea and rash.

Health officials said that the ingredients can negatively impact the renal system and should not be taken as a preventative drug. Global Times noted that the supplement is recommended by traditional Chinese medicine advocates as a treatment for mild symptoms associated with COVID-19, including fever and pneumonia.

The about-face on Lianhua Qingwen, which accounts for a significant portion of revenue for Shijiazhuang Yiling Pharmaceutical, comes in the wake of strict lockdowns in the Shanghai area of China due to another surge of COVID-19 infections. Many people in the city had been taking the supplement to prevent the disease.

The company said studies have shown that Lianhua Qingwen had an inhibitory effect on the original strain of COVID-19 and some of the variants, including Delta and Omicron. Shijiazhuang Yiling Pharmaceutical also said that the supplement had shown benefits against SARS and the H1N1 virus. The supplement has been recommended more than 20 times in treatment guidebooks for various diseases, including six for COVID-19 since 2020.

Prior to the Dingxiang Yisheng article, an influential Chinese internet personality had been making posts questioning why the World Health Organization had not authorized the use of Lianhua Qingwen as a preventative treatment.

Lianhua Qingwen is undoubtedly not the first medication that has been halted as a treatment for COVID-19 in China or the United States. Several drugs like hydroxychloroquine and ivermectin have largely been discounted as treatments and preventatives against COVID-19, despite some anecdotal evidence of efficacy. In the early days of the pandemic, it was thought the malaria drug hydroxychloroquine was an effective treatment against the viral threat, but that idea was quickly dismissed following clinical studies that showed the medication was not effective. A Chinese study showed that hydroxychloroquine did not help patients clear the virus better than standard care, which followed a small Brazilian study that indicated the drug actually led to heart irregularities. In the U.S., a study conducted in New York raised questions about the efficacy in COVID-19.

The antiparasitic drug ivermectin was also thought to show some efficacy against COVID-19. However, data has disputed that, and the U.S. Food and Drug Administration has warned against taking the medication for COVID-19, particularly after many people began self-medicating with readily-available veterinary versions of the medicine.