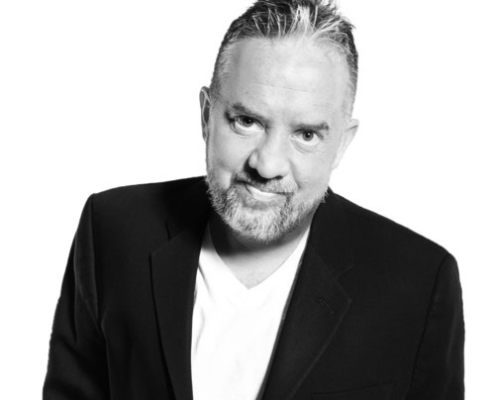 Med Ad News caught up with Christian Bauman, as the former H4B Chelsea lead settles into his new position as chief creative officer for The Bloc. Bauman reflects on his time with Havas, what brought him to the health creative agency The Bloc, and his career re-evaluation in light of the COVID-19 pandemic.

Med Ad News: Why did you decide to leave H4B Chelsea and join The Bloc?

Christian Bauman: There’s a couple of things. I’ve been with Havas for 15 years, 13 of them leading, alone or in combination with others. Some of it was just that it was time to make changes. I definitely went through a process. And I think we all went through a pandemic process of reevaluating what we want to do in our lives. And as successful as Chelsea has been, and as much enjoyment as I got out of being in leadership at an agency, and building it and running it, I realized I didn’t necessarily want to do it anymore. I just didn’t.

I think you come to a place where you’re just like, “What brings me joy these days?” It was awesome to do it, it was awesome to build it. But as far as doing that for the next 10 years, I really wanted to go. So the first decision was about going back to a purely creative role again, and that was a pretty easy decision to make. That was a mental health decision, once you let your ego get out of the way. And I wanted to stretch my wings a little bit, too. I’ve always wanted to do something I haven’t done before. The reason why I ended up becoming creative director was because as a writer, I was like, “Oh, what’s that like?” And so I did that. And then chief creative officer, “What was that? Let me try that.” I mean, honestly it’s the same reason why I became an agency managing director and president, it wasn’t that I grew up wanting to do that. It was like, “Hey, what that’s like, let me try that out for a while.” And it was great. And that was awesome.

So if I’m going to be in the same business, I wanted to go somewhere where I could really stretch my wings a little bit and feel like I was doing something different and using different muscles than I had been doing. So that entered into it. And I think The Bloc really had the opportunity for that. And then the third one is honestly – and this had a big part of it too – relationships have everything to do with everything in this business, certainly between us and our clients. Our careers are built on on them, but it goes internally as well. I had an amazing partnership with Mike Peto. And earlier on with Steve Nothel as well. And though you come to realize it’s those relationships don’t just make your life happy, they’re also what builds success. And when I met Jen Matthews, I just felt that connection immediately. This is someone who brings out the best in me. And it’s hard to walk away from that.

Med Ad News: What are your immediate goals now that you have joined The Bloc? What would you like to get done in the next couple of months?

Christian Bauman: The Bloc has an amazing legacy. They’re the Droga5 of healthcare. And one of the biggest, most important things is to not lose that momentum and to make sure that we’re maintained that rotation, which we’ll absolutely do. But I think that the biggest thing is this, and I think it’s one of the reasons why I’m here, The Bloc has pretty lofty goals for the future, bigger than anything they’ve attempted before. And they’ve done some amazing things over 20 years, groundbreaking things, but they have some lofty goals over the next couple of years, and I’m here to help them do that. That’s my number one thing, to help them scale in a way that they’ve never done before. Jen is trying to put together a team of smart people from the industry who want to want to dive in and try this thing and see if we can get there. So those are my main priorities, just trying to support her and the goals of where she wants to go with The Bloc.

Med Ad News: Could you share some of these goals?

Christian Bauman: Some of them are under wraps. But some of it is just about scaling. The Bloc has basically hovered around the same size for most of its 20 years, very successfully. But I think that there is definitely an appetite to say, “There are some agencies that are twice the size of The Bloc that are only half as good. So what the hell, let’s get to the size that we deserve to be at.” So some of its scalability, but some of it is is in the deliverables, what are we providing for our clients? And how can we how can we better do that, and how can we help them stay ahead of everything they’re doing? So I think that’s the stuff that hopefully will start emerging with over the course of the next year to 18 months.

Med Ad News: Do you have any particular personal goals that you want to hit within the next year or a couple of months?

Christian Bauman: I have not started a new job in 13 years. I’ve been working with people who have been my trusted friends and family for a very, very long time. And although there clearly are some people here that I know from past lives, and that’s great, for the most part, I’m jumping into a pool where I don’t know anyone. Going back to what I said before, to me, success in this business is everything about relationships. So my goal for me personally, but also as a leader here is to just as quickly as I can get to know everyone get to know who it is that I’m working with, and what makes them tick and what what gets them out of bed come into work and, and what they do on their own. I mean, certainly creatives in general, there’s not a creative in this business who doesn’t have a creative life outside of what they do here as well. And I love that. And I love to find out that what it is that people do for their for their own passion, and finding all that out. And so that’s to me, it’s the number one thing I’m most excited about over the next couple of months is getting to meet all my new creatives and seeing who they are and what they’re about, and then how I can be of service to them, you know, how we can then further their careers for their artistic goals? Whatever it is they want to do, what they need to go further in, that is what I can help them do.

Med Ad News: You’re doing this interview in the office in New York City. Do you plan to be in the office all the time or will you be aiming to also work from home or wherever you need to be? 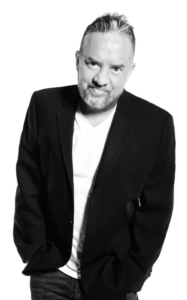 Christian Bauman: It’s going to be a mix. And I again, it speaks to another reason why I’m here, I think that we all went through a journey and are coming out on the other side of it. I do think in a creative industry, it’s important that we get together, that we see each other. But having said that, the genie’s a little bit out of the bottle in terms of what we can accomplish from home and improve our lives as well. And you know, I think the holding companies all jumped on this mandate, various days of the week, whatever mandate thing, and I think it’s a mistake. I think one of the smartest things that The Bloc did was to not mandate, about what’s important to them. Now I can say, they talked about our values, about the values of in-person teamwork, but they didn’t mandate something, they didn’t tell a grown up, “This is how you are going to do your job.” And I will tell you, I think it pays dividends because I’m watching talent leave in droves, from agencies that are mandating things and telling people how to do their job. I’m watching them go to places like The Bloc that treat you like a grown up and say, “Hey, we can all work through this together and figure out how to get this job done.” And yeah, there’s going to be times that we gather together because we have to, or because we want to. I mean, The Bloc’s amazing office is here – I’m sitting here looking out at the best view I’ve literally ever seen in New York in my life. It looks out over Governors Island, and it’s pretty awesome. And, you know, there are going to be late nights working on pitches and this and that. I mean, that’s the fun stuff and as an agency and we’ll gather up for that. But this whole philosophy of some corporate boss telling you exactly how to do your job – those days are done and the agencies that don’t quickly realize that, I think are going to be going out of business.