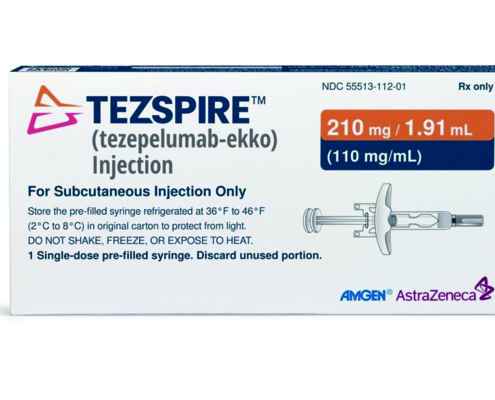 Clarivate’s newest Drugs to Watch Report identifies and provides in-depth analyses of drugs entering the marketplace or having key indications launched in 2022 that are projected to attain blockbuster status by 2026.

According to Clarivate reps, “Navigating the global healthcare landscape is increasingly complex, and discovering, developing and commercializing successful treatments that change patient lives can be challenging, especially during today’s unprecedented times. Clarivate has identified seven treatments that are likely to achieve blockbuster status in the next five years. This year’s blockbuster drugs span a remarkably diverse set of therapeutic areas, from conditions like Alzheimer’s disease (AD), asthma and type 2 diabetes mellitus (T2DM), which afflict tens of millions of patients worldwide, to rare diseases, such as transthyretin amyloidosis (ATTR), among others. In addition, despite a challenging year, biopharma companies managed to produce highly effective vaccines and treatments aimed at preventing COVID-19. … Key therapeutic development areas to watch include cell and gene therapies, CRISPR, drug discovery driven by artificial intelligence and machine learning, RNA and targeted cancer therapies.”

The KRAS GTPase inhibitor adagrasib (MRTX-849) is being developed by Mirati Therapeutics and Zai Lab. A targeted treatment of cancers with KRASG12C mutation, adagrasib is expected to be the first such treatment option in patients with colorectal cancer (CRC) with this mutation, who historically have had very few treatment options. “Despite being second to market for patients with metastatic non-small-cell lung cancer (NSCLC), the great unmet clinical need for effective therapies for this biomarker-defined population make the clinical success of adagrasib very likely,” according to Clarivate analysts, who project sales of $1.23 billion in 2026.

Clarivate analysts say faricimab/RO-6867461 has the potential to reach blockbuster status separately for the indications of diabetic macular edema (DME) and wet age-related macular degeneration (AMD). On January 28, 2022, the U.S. FDA approved Genentech’s faricimab-svoa under the trade name Vabysmo as the first bispecific antibody for the eye to treat two leading causes of vision loss. Vabysmo targets and inhibits two disease pathways that drive AMD and DME. Vabysmo represents the only injectable eye medicine approved simultaneously in the United States for wet AMD and DME, with flexible dosing regimens based on patient need.

Clarivate analysts say in the underserved market for Alzheimer’s disease, the anti-Aβ MAbs lecanemab (BAN2401; Eisai and Biogen) and donanemab (LY-3002813; Lilly) are poised to follow on the heels of the U.S. FDA’s landmark accelerated approval of Biogen’s Aduhelm for the treatment of AD. “Lecanemab and donanemab could offer differentiated clinical profiles, which may be bolstered by Phase III results that are expected to be reported beginning in late 2022.”

Lecanemab and donanemab were granted FDA Breakthrough Therapy Designation in June 2021. A rolling biologics license application was filed with U.S. regulators based on Phase II data in September 2021 (lecanemab) and October 2021 (donanemab). Clarivate has projected 2026 sales of $4.52 billion for donanemab and $1.68 billion for lecanemab.

The first-in-class human monoclonal antibody Tezspire (tezepelumab) was cleared for marketing by the U.S. regulatory agency in December 2021 for the add-on maintenance treatment of adult and pediatric patients aged 12 years and older with severe asthma. Amgen and AstraZeneca’s Tezspire is the first and biologic to consistently and significantly reduce exacerbations in a broad population of patients with severe asthma. Tezspire is additionally the only biologic for severe asthma approved with no phenotype or biomarker limitations.

Developed under the product codes AMG-157 and MEDI-9929, the novel medicine acts at the top of the inflammatory cascade by targeting thymic stromal lymphopoietin (TSLP), an epithelial cytokine. Sales have been projected at $1.17 billion for 2026. “Given its potential efficacy for TH2-low asthma and the significant unmet need in this population of asthma patients, we anticipate robust uptake upon launch,” according to Clarivate.

Lilly’s tirzepatide offers indication-leading reductions in weight loss and improvements in glycemic control in a growing patient population, which has the potential to reduce the incidence of type 2 diabetes mellitus-related complications, Clarivate analysts say. “Given the increasing rates of obesity and aging population worldwide, the prevalence of T2DM and associated complications continues to rise. Therefore, a new treatment that can more effectively address both weight loss and glycemic control than existing treatments is of great interest to the industry.”

The analysts say tirzepatide has shown superiority over semaglutide (GLP-1 receptor agonist), which is the most efficacious noninsulin T2DM therapy available, which could result in a significant market advantage over other therapies. During October 2021, a new drug application (NDA) was submitted to the FDA and a marketing authorization application (MAA) was filed with EMA regulators. At present course, tirzepatide is projected to generate sales of $4.55 billion in 2026.

“For a progressive disease that has a lot of unmet need, this drug brings efficacy, a generally favorable safety profile and improvements in delivery that will provide benefits for patient quality of life,” states the Clarivate report.

Orphan Drug Designation was granted by the FDA and the EMA for the treatment of ATTR amyloidosis during May 2018. Fast Track Designation was awarded by the FDA for the treatment of the polyneuropathy of hATTR amyloidosis in adults during May 2020. Vutrisiran was submitted to the EMA in September 2021, and the investigational RNAi therapeutic’s U.S. Prescription Drug User Fee Act date is April 14, 2022. Alnylam received Orphan Drug Designation in Japan for transthyretin type familial amyloidosis with polyneuropathy. The 2026 sales forecast is $1.42 billion.

GlaxoSmithKline and Cerebras are advancing the state of the art in AI for drug...
Scroll to top