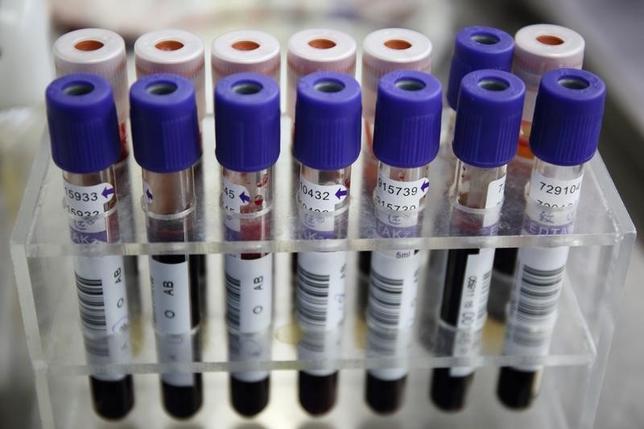 Vials of blood samples are seen during a blood donation drive for medical staff at a hospital in Fuzhou, Fujian province, January 27, 2015.

The two organizations will apply whole genome, cancer and microbiome sequencing with the goal of discovering new disease genes and disease pathways associated with heart disease.

The deal is the latest in a string for Venter’s La Jolla, California-based Human Longevity Inc (HLI), a start-up formed in March 2014 with the goal of sequencing 1 million genomes by 2020.In January, Venter’s company signed a multi-year deal to sequence and analyze tens of thousands of genomes for Roche’s Genentech unit in a deal aimed at identifying new drug targets and biomarkers.

The deals are part of a major push by drug companies to take advantage of the dramatically lower cost of gene sequencing, which has fallen from $20,000 per genome five years ago to roughly $1,500.

In a recent interview, Venter said his company was in talks with eight other entities for similar arrangements.

“The pharmaceutical industry is extremely interested in what we’re doing and the scale with which we are doing it,” he said.

In announcing the deal with Cleveland Clinic, Venter’s company said in addition to drug and biotechnology companies, his firm is also pursuing agreements with academic health systems, governments and insurers.