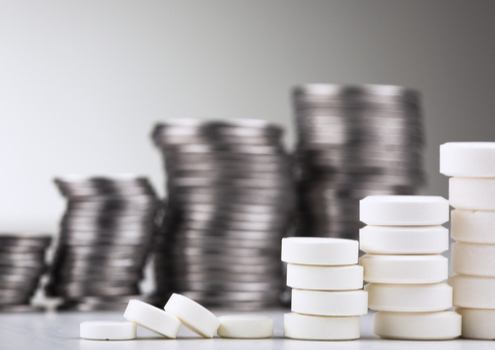 Although the COVID-19 pandemic has hit companies unevenly, some biopharma companies that have produced new drugs or vaccines against the disease have shown big spikes in drug sales. Here’s a look at five companies that produced non-vaccine treatments for COVID-19.

Gilead Sciences’ Veklury. The first new drug to be authorized and approved to treat COVID-19, Gilead’s Veklury (remdesivir) brought in $5.6 billion in sales in 2021. The company’s entire revenue for the year was $27.3 billion. Veklury brought in $1.4 billion in the fourth quarter alone, but that dropped about 30% compared to the same quarter in 2020. On the other hand, the $5.6 billion figure was a 98% climb from the total 2020 revenue for the antiviral drug.

Gilead indicated Veklury sales were essentially parallel to U.S. COVID-19 hospitalization trends. As such, it expects they will continue to drop in 2022, although they still project $2 billion in drug sales for the year.

Eli Lilly’s Bamlanivimab/Etesevimab Combo. For the full year, Eli Lilly reported $2.239 billion in sales for its COVID-19 antibody therapies, bamlanivimab/etesevimab. Bamlanivimab is administered alone, but the two drugs are also administered together. It was $1.0631 billion for the fourth quarter, an increase from $872.1 million for the same period in 2020. Total revenue for the year was $28.3 billion, up 15% from 2020’s figure of $24.5 billion.

They also announced that the combination was authorized for emergency use for COVID-19 for children under 12. However, the FDA’s fact sheet was updated to note they are not currently authorized in the U.S. for the Omicron variant.

The company has also submitted an EUA request for another monoclonal antibody, bebtelovimab, which they believe can neutralize all known variants of concern, including Omicron.

Merck and Ridgeback’s Molnupiravir. Merck and Ridgeback Therapeutics’ molnupiravir is the new kid on the block, an antiviral pill authorized for use in the U.S. in December 2021. In the fourth quarter, the companies sold $952 million worth of the drug and projects $5 to $6 billion for 2022. So far, sales have been mostly in the U.S., U.K. and Japan. The companies reported today that they had manufactured about 10 million courses of the drug so far and had delivered 3.1 million to the U.S. government as part of a procurement contract. They say they are on schedule to manufacture at least 20 million courses in 2022.

“We believe that molnupiravir will be a critical addition to helping curb the impact of COVID-19 on patients and health care systems in the U.S., particularly with the medicine’s antiviral activity against many variants of concern,” said Wendy Holman, chief executive officer of Ridgeback. “We will continue to work with urgency to bring this important medicine to appropriate patients as quickly as possible.”

They also have advanced purchase and supply deals for the drug in 30 markets globally, including Australia, Canada, Korea, Japan, Thailand, Ukraine and the U.K.

Pfizer’s Paxlovid. Pfizer’s Paxlovid, a two antiviral combo (nirmatrelvir/ritonavir), was also authorized in the U.S. in December, although its authorization was broader than Merck and Ridgeback’s. It brought in only $76 million in U.S. sales in the fourth quarter. On January 4, Pfizer indicated that it had inked another deal with the U.S. government to supply another 10 million treatment courses of Paxlovid, bringing the total to 20 million doses. The first 10 million are expected by the end of June, with the remaining 10 million by the end of September. Although sales of Paxlovid were not significant in 2021, partly because it was authorized so late in the year, analysts have projected 2022 sales as high as $24 billion. Although this article focuses on non-vaccine therapies, it’s important to note that the Pfizer-BioNTech vaccine, Comirnaty, brought in $13 billion in third-quarter sales alone, and $12.5 billion in the fourth quarter. SVB Leerink analyst Geoffrey Porges projects the company could rake in $131 billion in total COVID-19-related sales by the end of this year. 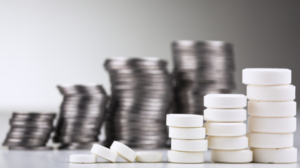 In the company’s annual report, Dr. Leonard S. Schleifer, president and chief executive officer of Regeneron, stated, “We are committed to our efforts to fight the COVID-19 pandemic and address the significant need for effective treatments and preventative approaches to SARS-CoV-2. Given the lack of efficacy of REGEN-COV against the Omicron variant, we are working hard to develop next generation antibodies that are active against Omicron and all other variants of concern.”

The company’s chief financial officer, Robert Landry, told investors the company doesn’t expect any sales of REGEN-COV in the first half of 2022 and had a “write down” of its inventory of $232 million after the FDA revised the EUA for the drug in January.

The company stated, “If in the future patients in certain geographic regions are likely to be infected or exposed to a variant that is susceptible to REGEN-COV, then the limitation on use may be revised in these areas.”