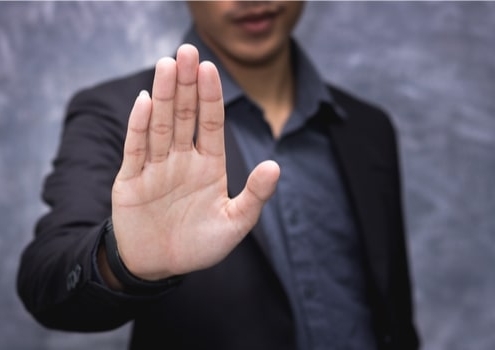 South San Francisco-based Cortexyme, Inc., received a setback in its latest research efforts. The company announced that it received a letter from the U.S. Food and Drug Administration on January 25, placing a full clinical hold on the Investigational New Drug application for lead clinical asset atuzaginstat, which is in development for the treatment of Alzheimer’s disease.

Meantime, on the stock market, shares of Cortexyme dropped sharply in premarket trading Wednesday following the announcement. Company shares, which closed Tuesday at $9.06, fell to $6.47, a drop of 29.6%.

The company’s lead program targets an infectious pathogen called P. gingivalis found in the brains of Alzheimer’s patients, and other organs, which is tied to degeneration and inflammation.

Following the FDA’s action, Cortexyme is immediately cutting expenses to ensure cash flow through 2024. The company intends to rationalize operations, which will enable continued support for planned clinical milestones. A top priority will be development of its next-generation gingipain inhibitor, COR588, also being investigated in Alzheimer’s disease. The company is completing a Phase 1 study and expects results in the second quarter of 2022. 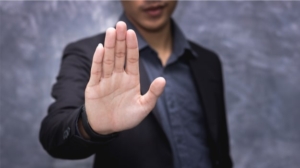 The company also plans to look into strategic alternatives for its coronavirus program and assess possibilities for atuzaginstat outside of the Alzheimer’s indication. In its statement, Cortexyme let investors know that a more detailed update on its project pipeline and expected milestones for 2022 would be forthcoming.

In November, Cortexyme presented data from its Phase II/III GAIN trial at the 14th Clinical Trials on Alzheimer’s Disease Conference (CTAD). The 643-participant study was the first large trial to test the efficacy of an oral small-molecule targeting P. gingivalis in mild to moderate Alzheimer’s patients. It failed to reach statistical significance in its co-primary cognitive and functional endpoints at the end of treatment across the overall trial population. However, the data did show that treatment with atuzaginstat slowed cognitive decline compared to placebo in participants with Alzheimer’s disease and P. gingivalis infection.

“Our ability to identify the right population in historically hard to treat mild to moderate Alzheimer’s patients, along with finding an efficacious dose with a differentiated safety profile, is important progress toward a breakthrough treatment for Alzheimer’s disease,” said Cortexyme Chief Medical Officer Michael Detke, M.D., Ph.D. at the time.

Marwan Sabbagh, M.D., FAAN, lead investigator of the GAIN Trial and professor of neurology at the Barrow Neurological Institute, added, “The GAIN Trial achieved several significant advancements for the Alzheimer’s field, first by clinically confirming that P. gingivalis is a key upstream driver of disease progression. Further, the data demonstrated a compelling risk-benefit profile with a clinically significant treatment response in an easily identifiable population of patients.”

He further stated, “When coupled with the convenience of oral dosing, atuzaginstat offers the potential to fill a huge gap in the underserved mild to moderate Alzheimer’s population in as many as half those patients.”

In August 2021, Cortexyme presented data from the same study at the Annual Biomarkers for Alzheimer’s Disease Summit. The data showed evidence of P. gingivalis infection of the central nervous system in trial participants. P. gingivalis is the same bacterial strain that is responsible for chronic periodontitis.

Cortexyme CEO and Co-Founder Casey Lynch said at the time, “Today marks a major milestone toward a comprehensive understanding of Alzheimer’s and slowing of disease progression. The evidence from the GAIN trial advances our ability to identify the right patients, impact an upstream target and improve patient outcomes.”