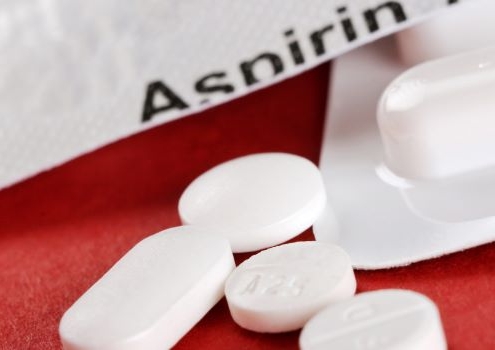 Could Aspirin be Key in Unlocking Triple-Negative Breast Cancer?

A common over-the-counter drug, aspirin, might be the key to finding a viable treatment method for breast cancer.

Scientists from The Christie NHS Foundation Trust have begun human trials on the use of aspirin alongside current cancer medication avelumab in treating patients diagnosed with triple-negative breast cancer (TNBC). This means that the cancer that began in the breast had already spread to other parts of the body.

To date, there is no cure for triple-negative breast cancer, despite statistics showing that some 8,000 women are diagnosed with the disease every year in the U.K. alone.

According to the American Cancer Society, TNBC accounts for 10 to 15 percent of breast cancers worldwide. TNBC differs from the other types of breast cancers in that it spreads and grows faster, has limited treatment options, and comes with a worse prognosis.

It is identified using biopsy and imaging tests that show cells being unable to make HER2 protein and do not have progesterone or estrogen receptors. TNBC tends to be observed in women under 40 years old who are either African-American or have a BRCA1 mutation.

The Christie trial is the first ever to explore the possibility of combining aspirin with avelumab. According to Dr. Anne Armstrong, the lead scientist of the study and a consultant medical oncologist at Christie NHS, their group will be evaluating patients who receive a combination of aspirin and avelumab versus those who take avelumab alone. The drugs will be given before the patients receive chemotherapy and surgery.

“Our earlier research has suggested that aspirin can make certain types of immunotherapy more effective by preventing the cancer from making substances that weaken the immune response. Anti-inflammatory drugs like aspirin could hold the key to increasing the effectiveness of immunotherapy when used at the same time,” said Dr. Armstrong.

The proponents of the study, which the Breast Cancer Now Catalyst Programme funds, said they are excited for the outcomes, mainly because aspirin is widely available and inexpensive. They are also ensuring that the benefits of using aspirin will outweigh the risks, as it can also cause serious side effects, like internal bleeding. Those who have stomach ulcers, asthma, and hemophilia are cautioned against taking this drug.

The Breast Cancer Now Catalyst Programme is an initiative that combines the efforts and expertise of top breast cancer researchers in Europe and global pharmaceutical companies, with the goal to stop women from dying of the disease by the year 2050. It has, so far, partnered with Pfizer, but it is looking to forge more partnerships with other leading pharma companies in the future.

Pfizer has reportedly committed $15 million over three years to fund the program’s initiatives. The Catalyst Programme Advisory Group will decide research priorities, and all findings will be peer-reviewed and published.