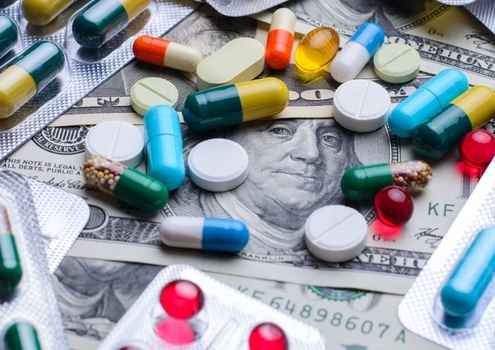 Could These Drugs Become Blockbusters in the Next 4 Years?

Clarivate Analytics has pegged 11 drugs set to enter the market this year as potential blockbusters by 2024, meaning each will achieve annual sales of more than $1 billion. The selected drugs are primarily focused on treating cancer and diseases of the central nervous system.

In its “2020 Drugs to Watch” prediction, the Cortellis team at Clarivate Analytics evaluated the drugs by focusing on the treatment and possible cure for chronic, progressive and often debilitating diseases and conditions, including drugs which target the indications of breast cancer, multiple sclerosis (MS), migraine and type 2 diabetes. The drugs selected for the 2020 list were almost all universally accelerated in their development by orphan drug status or other designation intended to speed their path to market, Clarivate said in a statement. Some of the drugs have yet to be approved by regulators but are expected to clear that hurdle and enter the market this year.

Two of the drugs selected for the 2020 watch list have already been approved by the U.S. Food and Drug Administration. In September 2019, the FDA approved Novo Nordisk’s Rybelsus (oral semaglutide), a new medication for type 2 diabetes. Rybelsus is the first oral glucagon-like peptide-1 (GLP-1) receptor agonist approved for the disease. It was approved under Priority Review and was recognized as a leap forward in treatment options due to the oral format.

Daiichi Sankyo’s Enhertu (trastuzumab deruxtecan), co-developed with AstraZeneca, was approved for a hard-to-treat form of breast cancer. Enhertu is an antibody-drug conjugate (ADC) directed at HER2.

Other medications on Clarivate’s list include BioMarin’s hemophilia A therapy Valrox (valoctocogene roxaparvovec) and Bristol-Myers Squibb’s lisocabtagene maraleucel for large B-cell lymphoma were singled out for their potential revenue driving potential. The FDA just accepted BMS’ New Drug Application for liso-cel and has set a PDUFA date of Aug. 17. Valrox, if approved, would become the first gene therapy for any form of hemophilia, Clarivate said.

“The one-and-done therapy will be transformative as it corrects the genetic defect underlying the condition and eliminates the need for blood transfusions and FVIII replacement therapy. If, as expected, it takes a leadership position it could become the most expensive drug ever to reach the market with a cost of $2.5 million – $3 million per treatment,” Clarivate said in its analysis.

Biohaven Pharmaceutical’s rimegepant (BHV-3000) for migraine is positioned to launch for acute treatment of migraine, the analysts predicted. Also, The Medicine Company’s Inclisiran is positioned to become the first small-interfering RNA-based inhibitor of proprotein convertase subtilisin/kexin type 9 (PCSK9) to win approval. In clinical trials it showed efficacy in lowering cholesterol in patients so well that Novartis plunked down $9.7 billion to acquire the company last year.

While some of the medications expected to enter the market will be facing competition from established medications, Clarivate said the new drugs are expected to demonstrate improved safety standards and will also highlight novel mechanisms of action, or “even curative potential.”