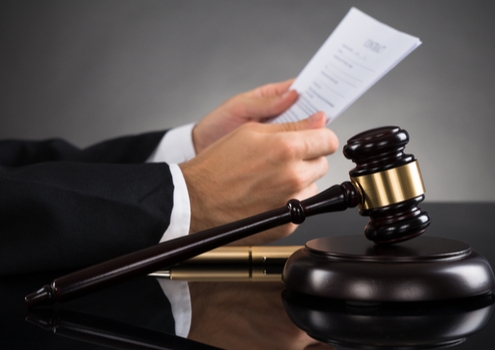 Insys founder John Kapoor is using the coronavirus pandemic as part of his legal defense to remain out of prison while he appeals his January racketeering conviction for kickback schemes to boost prescriptions of his company’s powerful opioid, Subsys.

Kapoor is 76 and COVID-19, the disease caused by the novel coronavirus, is particularly devastating to the elderly, as well as to those who have an underlying medical condition. The news site Law360 noted that there are concerns over whether or not the U.S. prison system is prepared for a pandemic like the current coronavirus. And it’s that concern that Kapoor and his legal team are hoping will keep the convicted pharmaceutical chief executive officer out of prison for the time being.

In a statement to the prison system, Kapoor pointed to his age as a reason he should be allowed to remain free while he appeals. Kapoor said incarceration is more likely to harm himself than he is to harm anyone in the community. Kapoor added that the U.S. Department of Justice has also pointed out that people who are in prison tend to “age faster than they would otherwise age,” The court found that Kapoor is not a flight risk, nor a danger to the community, which means he meets the criteria for bail, Law360 reported.

Kapoor was sentenced to more than five years in prison in January for the role his company played in illegally boosting sales of Subsys. Kapoor was scheduled to report to prison on March 5 but has been able to stave that off for several months due to the virus outbreak in the United States, Law360 reported. Other Insys executives who were also convicted for their roles in the kickback schemes also had their report dates extended. The new date the Insys executives are scheduled to report to prison is now May 19.

In addition to Kapoor, who was sentenced to 66 months in federal prison, other Insys executives who were found guilty include Michael J. Gurry, the former Vice President of Managed Markets, who was sentenced to 33 months for his role; Richard M. Simon, the former National Director of Sales; Sunrise Lee, a former Regional Sales Director; and Joseph A. Rowan, a former Regional Sales Director; were found guilty of violating the RICO Act, for their role in the kickback schemes.

The company used kickbacks to bribe physicians to prescribe the powerful opioid at high levels in order to boost sales. Subsys was approved to treat the pain many cancer patients exhibit. During the sentencing, several patients spoke about the suffering they went through after being prescribed high doses of Subsys from the doctors who were paid by Insys. Some of the patients said the drug made their teeth fall out and also left them with memory loss. There were also stories of becoming addicted to opioids due to the doctors pushing the drug on them.

In a separate legal ruling not related to the time Kapoor wanted to report to prison, a judge found that Kapoor and two other executives would have to share responsibility for the $60 million in restitution owed to the victims of the racketeering scheme, Law360 reported. The judge overruled Kapoor’s request to have those funds taken from the company itself, which has already entered into a $225 million settlement with the federal government. Insys filed for bankruptcy last year.