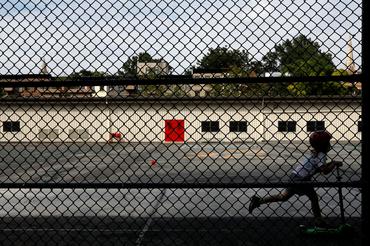 (Reuters) – The number of new COVID-19 cases among children in the United States rose 40% in the last two weeks of July, according to a report released just weeks before tens of millions of American students are scheduled to begin the new school year.

Health experts are keeping an eye on coronavirus infections among kids and teenagers as officials struggle with the thorny question of whether to reopen schools for in-person classes, adopt a virtual learning model or a hybrid of the two.

President Donald Trump, who is seeking a second term in the White House in a Nov. 3 election, has pushed states to allow students to physically return to classrooms, but health officials have expressed caution about doing so in areas where cases have been rising sharply.

The new report by the American Academy of Pediatrics and the Children’s Hospital Association found that more than 338,000 children have tested positive for COVID-19 since the onset of the U.S. epidemic, with 97,078 new cases reported in the July 16-30 period.

Most of the new infections in this group occurred in states in the U.S. South and West, according to the report, which was based on data from 49 states, New York City, the District of Columbia, Puerto Rico and Guam.

It did not give a reason for the recent spike. Testing for the novel coronavirus overall has risen in the United States and concerns about children as possible spreaders of the virus have been sparked by new studies showing they can catch it.

The American Academy of Pediatrics noted the data showed that severe illness due to COVID-19 appears to be rare among children. The U.S. Centers for Disease Control and Prevention also has said that children who get the virus are less likely to have severe symptoms. 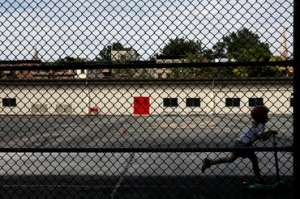 The CDC recently updated its guidance to recommend that schools reopen to some degree unless their communities were experiencing an uncontrolled or high rate of transmission of the virus.

Some cities including Chicago and Los Angeles plan to start the school year with online classes, while New York City, once the epicenter of the U.S. epidemic, plans to have at least some in-person learning in all its school districts in the fall.

Children account for a tiny fraction of the more than 162,000 people who have died from COVID-19 in the United States. More than 5 million people in the country have been infected with the virus, representing about one-quarter of the total worldwide cases.

Reporting by Mrinalika Roy in Bengaluru; Editing by Paul Simao