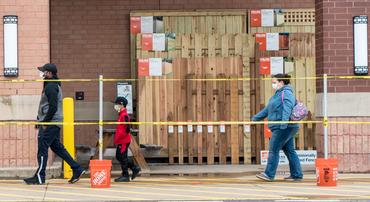 (Reuters) – Several states in the U.S. Midwest and Northeast have seen new COVID-19 cases increase for two weeks in a row, though nationally both new infections and deaths last week remained on a downward trend, a Reuters analysis showed.

The United States reported more than 287,000 new cases in the week ended Sept. 6, down 1.4% from the previous week and marking the seventh straight week of declines. More than 5,800 people died from COVID-19 last week, the third week in a row that the death rate has fallen.

Nevertheless, 17 states have seen cases rise for at least two weeks, according to the Reuters tally of state and county reports. They include Missouri, North Dakota and Wisconsin, where between 10% and 18% of people tested had the new coronavirus.

In the Northeast, Delaware, New Hampshire, New Jersey and New York also reported increases in new cases for at least two weeks, though the positive test rate ranged from a low of 0.9% in New York to a high of 4.3% in Delaware — below the 5% level the World Health Organization considers concerning.

(Open tmsnrt.rs/2WTOZDR in an external browser for a Reuters interactive graphic) 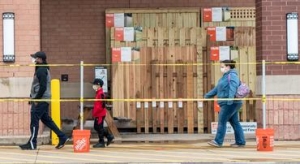 In some states, testing has increased as schools reopened. New York City, for instance, is testing 10% to 20% of students and staff every month. The University of Illinois is testing students twice a week.

Nationally, the share of all tests that came back positive for COVID-19 fell for a fifth week to 5.5%, well below a peak of nearly 9% in mid-July, according to data from The COVID Tracking Project, a volunteer-run effort to track the outbreak.

A Shot in the Arm
Scroll to top