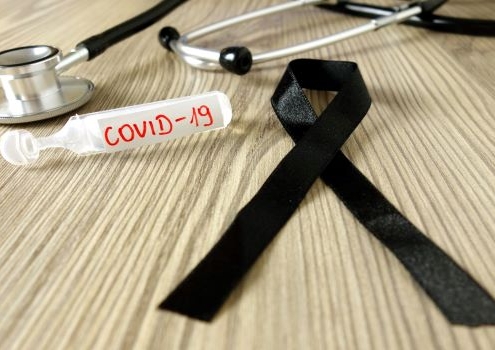 Yesterday, September 20, 2021, the United States marked a grisly milestone, recording more American deaths from COVID-19 than from the 1918–1919 Spanish flu.

There have been several major pandemics in the last 100 years, but the 1918 influenza pandemic, dubbed the Spanish flu, was one of the worst. Caused by an H1N1 virus that originated in birds, it was first identified in the U.S. in military personnel in spring 1918. It was dubbed the Spanish flu because it was thought at the time to have originated in Spain. Research published in 2005 suggests it actually originated in New York. It was named Spanish flu because Spain was neutral in World War I (1914–1918), meaning it could report on the severity of the pandemic, but countries fighting the war were suppressing reports on how the disease affected their populations.

At its worse, the Spanish flu infected 500 million people worldwide, which at the time was about a third of the Earth’s population. More than 50 million people died of the disease worldwide, with 675,000 in the U.S. There is some disagreement on that figure, with recent researchers suggesting it was about 17.4 million deaths, while others go as high as 100 million. The fatality rate for the Spanish flu is calculated at about 2%. 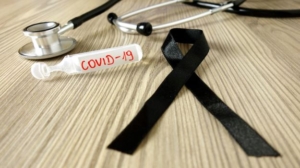 However, at the time of the Spanish flu, health care was significantly less advanced. There were no antibiotics, no antivirals, and no vaccines against the Spanish flu. One reason the Spanish flu was so lethal was there were no antibiotics to treat secondary bacterial infections, so control efforts around the globe were limited to non-pharmaceutical responses like isolation, quarantine, disinfectants and limiting public gatherings, although then as now, they were applied erratically. The first flu vaccine to be licensed in the U.S. came about in the 1940s.

“Big pockets of American society — and, worse, their leaders — have thrown this away,” medical historian Howard Markel of the University of Michigan, told NPR, of the reluctance for people to be vaccinated against COVID-19.

The Spanish flu’s H1N1 and the COVID-19 coronavirus are both considered “novel,” which is to say, they are so new that nobody in either era had immunity to them.

One marked difference between the two is the most affected groups in the 1918 pandemic were otherwise healthy adults between the ages of 20 to 40. Mortality was also higher in people younger than five years of age and 65 and older.

“The 1918 pandemic strain influenza was new and novel for most people under the age of 40 or 50, but that’s where the death rate really was high—that’s different than the usual flu,” Mark Schleiss, a pediatric infectious disease specialist at the University of Minnesota told Healthline in 2020, at the beginning of the COVID-19 pandemic.

The Spanish flu did not completely disappear, and many scientists suspect COVID-19 won’t either. The hope is it will become a mild, seasonal infection as people’s immunity grows from vaccination and repeated infection— basically going from pandemic to endemic—but that process takes time.

“We hope it will be like getting a cold, but there’s no guarantee,” said Rustom Antia, a biologist with Emory University.

However, there are about 1,900 deaths per day on average in the U.S. from COVID-19, the highest since early March 2021. There are concerns that winter will bring another surge. The University of Washington’s model projects another 100,000 Americans will die of COVID-19 by January 1, 2022, which would bring the total deaths in the U.S. to about 776,000.

Globally, COVID-19 deaths are around 4.6 million. The 1918–19 influenza pandemic took 50 million lives, and the world’s population was a quarter of what it is now.

In an endemic situation, at its most optimistic, mutations would weaken the virus and humans’ immune systems learn to fight it. Vaccination and previous infections are how the immune system typically improves, although breastfed infants pick up some immunity from their mothers. School-aged children would become only mild infected, and as they grow up, their immune memory would make the disease much less dangerous as they grow older.

Emory’s Antia notes, “We will all get infected. What’s important is whether the infections are severe.”

The H1N1 flu virus from the Spanish flu eventually dissipated because so many people were infected, and mutations are believed to have weakened it. H1N1 still circulates today but is generally not as deadly as it was a century ago. There are annual vaccinations and most people have had previous exposure to it. There are still deaths from the flu, about 12,000 to 61,000 in the U.S., but it is generally viewed as a seasonal and manageable problem.

“We know that all pandemics come to an end,” Jeremy Brown, director of emergency care research at the National Institutes of Health, told NPR. “They can do terrible things while they’re raging.” He added that in the U.S., if people had gotten vaccinated more quickly, the disease could have been much less lethal, “and we still have an opportunity to turn it around. We