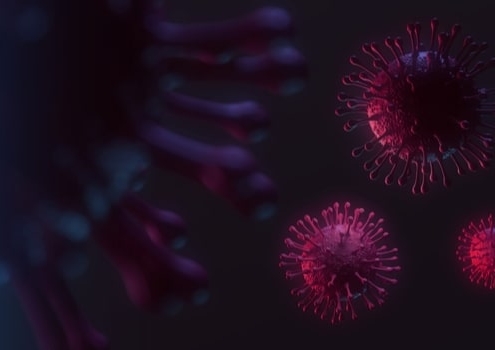 COVID-19 in the News: Heart Inflammation, Vaccine Effectiveness and More

There’s a fair amount of new information coming out about COVID-19 and vaccines. Here’s a roundup of some of the top stories.

A preliminary study conducted by the Israeli government suggests that there may be a connection between heart inflammation—myocarditis—and the Pfizer–BioNTech COVID-19 vaccine in people between the ages of 18 and 30. However, the rate does not appear to be higher than in the pre-pandemic population. An Israeli Health Ministry committee whose job it is to monitor vaccine side effects observed 62 cases of myocarditis, including two deaths, in people who received the Pfizer-BioNTech vaccine. Of those, 56 were after the second dose, and 55 were in men, most between the ages of 18 and 30. Of the two deaths, they were reportedly healthy with no pre-existing conditions. One was a 22-year-old woman, the other a 35-year-old man. The report also points out that five million people in Israel have been vaccinated against COVID-19.

The country’s pandemic response coordinator, Nachman Ash, confirmed “tens of incidents” of myocarditis in vaccinated people, but emphasized that they had not yet drawn any conclusions. He also pointed out that confirming a link may be difficult because myocarditis often goes away without complications and can be caused by a variety of viruses. There had also been a similar number of cases reported in previous years. 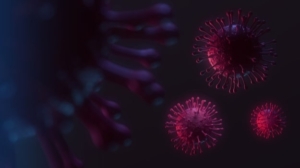 In response to the report, Pfizer told Reuters, “Adverse events are regularly and thoroughly reviewed and we have not observed a higher rate of myocarditis than what would be expected in the general population. A causal link to the vaccine has not been established. There is no evidence at this time to conclude that myocarditis is a risk associated with the use of Pfizer/BNT COVID-19 vaccine.”

In a related story, the European Medicines Agency’s safety committee indicated it was aware of the issue and was looking into it. The agency’s Pharmacovigilance Risk Assessment Committee stated, “There is no indication that these cases are due to the vaccine.”

The U.S. Centers for Disease Control and Prevention (CDC) also said in late April it had not found an association between heart inflammation and COVID-19 vaccines, and has actually been looking intentionally for it in the more than 200 million doses given.

Moderna and Pfizer’s Vaccines Appear Effective and Safe in Children

Moderna reported positive data on its Phase II/III trial of adolescents ages 12 to 17. Pfizer also reported that its vaccine was 100% effective in children ages 12 to 15. Emergency Use Authorization (EUA) for the Pfizer-BioNTech vaccine in this age group is expected soon.

Moderna released the data in a financial report and indicated the vaccine was generally well tolerated, and the majority of “adverse events” were mild or moderate. The most common side effects were injection-site pain, with some reports of other minor symptoms, such as headache, fatigue, muscle ache and chills.

“While further research is needed, by preventing infections, including in people who have no symptoms, there is a high possibility that vaccination will decrease transmission of SARS-CoV-2,” said Diego Hijano, of St. Jude’s Department of Infectious Diseases.

Another Study on AstraZeneca Blood Clots, Noting the Benefits Outweigh the Risks

A study out of Denmark and Norway was published in BMJ yesterday, comparing comorbidities in 291,264 adults under 65 in Denmark and Norway 28 days after vaccination. The median age for all patients was 44 to 45. The data did not show an association between arterial events and the COVID-19 vaccinations, but the risk of venous thromboembolism increased 1.97-fold, though to only 11 excess occurrences per 100,000 vaccinations. Cerebral venous thromboembolisms increased 20.25-fold, which was 2.5 excess occurences per 100,000 vaccinations. An editorial by Rafael Perera and John Fletcher, pointed out that COVID-19 is linked to 4.3 excess brain blood clots per 100,000 infections.

A study published out of China in The Lancet Respiratory Medicine found that almost a third of patients’ lungs had lower ability to diffuse gas into the bloodstream a year after hospital discharge from severe COVID-19. It was a small study in 83 healthy adults who were diagnosed with severe COVID-19 pneumonia at Wuhan University Hospital.

Piero L. Olliaro wrote in a commentary, “The findings on lung function and how these are reflected in functional tests therefore apply to a selected population at the beginning of the pandemic and both presenting characteristics and case management have evolved since.” He called for more research to understand the long-term impact of the disease on the lungs.

New York City Mayor Bill de Blasio indicated that it will offer tourists the one-shot Johnson & Johnson vaccine from mobile vans at popular tourist destinations in the city, including Central Park and the Empire State Building. It is part of an effort to increase foot traffic to city attractions, he said.

“Come here, it’s safe, it’s a great place to be, and we’re going to take care of you,” de Blasio said.