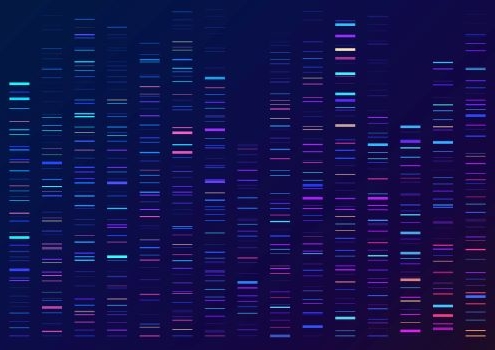 Last summer, claims that the deadly SARS-CoV-2 virus emerged from a virology lab in Wuhan were generally dismissed by the scientific community as right-wing conspiracy theories. A year later, the theory isn’t sounding so far-fetched. New information has been unearthed that, while not a smoking gun, certainly smells a bit fishy.

Genetic sequences from more than 200 virus samples of early Covid-19 cases mysteriously disappeared from an online scientific database. A researcher in Seattle reported the recovery of 13 of those original sequences. His analysis brings credit to previous suggestions that strains of coronaviruses may have been circulating in Wuhan before the reportedly initial outbreaks linked to the Huanan Seafood market.

While the Fred Hutchison Cancer Center researcher, Jesse Bloom, clarifies that the sequences themselves do not definitively answer the question of origin, it does show that the samples being used to investigate may not be complete.

The files had been uploaded to a U.S. National Institutes of Health database in March 2020. But the NIH received a request from the investigator who submitted to delete the sequences three months later. It is standard practice to allow this, so the NIH complied. 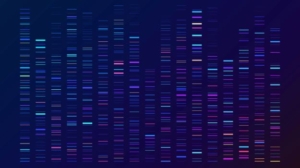 Although Bloom’s find neither strengthens nor discounts the theory that the COVID-19 virus was leaked from a lab in Wuhan, it certainly raises the question as to why those original sequences were deleted. It also has researchers asking themselves what other important information might be tucked away on the internet to recover. Bloom finds the deletion suspicious, writing it “seems likely the sequences were deleted to obscure their existence.”

“This is a great piece of sleuth work for sure, and it significantly advances efforts to understand the origin of SARS-CoV-2,” said Michael Worobey, an evolutionary biologist at the University of Arizona who was not involved in the study.

The genetic sequences of viral samples are crucial for piecing together the picture of how SARS-CoV-2 could’ve crossed the interspecies barrier, most likely from bat to human. The sequences taken earliest in the pandemic are the most vital for the puzzle.

While Bloom was reviewing genetic data from multiple research groups, a March 2020 study came up with a spreadsheet indicating 241 sequences collected at Wuhan University were uploaded to the Sequence Read Archive, an online database managed by the U.S.’ National Library of Medicine. Yet when he looked for the sequences, the search came back with “no item found.”

Digging in deeper and following the trail led Bloom to another study posted by Aisi Fu of Renmin Hospital in Wuhan. The study referred to 45 nasal swabs taken from “outpatients with suspected COVID-19 early in the epidemic.” Bloom believed these samples were the source of the 241 missing sequences.

In a Sherlock-deducing manner, Bloom recognized that sequences stored on Google Cloud were all named in the same basic format and began swapping in the code from missing Wuhan sequences. With this method, he was able to recover 13 of the deleted files in the cloud.

The samples that had been collected from the seafood market outbreak have three extra mutations compared to samples collected weeks later, supporting the idea that there was an earlier lineage of the virus that did not pass through the market. The 13 deleted sequences Bloom recovered also lack those mutations. This suggests that SARS-CoV-2 had been circulating for some time in Wuhan or beyond.

“They’re three steps more similar to the bat coronaviruses than the viruses from the Huanan fish market,” Bloom said.

Not everyone feels the file deletion points to something more sinister. Stephen Goldstein, a virologist at the University of Utah, pointed out that the information has been public for over a year, just hard to find.

“I don’t really understand how this points to a cover-up,” said Stephen Goldstein, a virologist at the University of Utah. “We all missed this relatively obscure paper.”

“If these sequences were removed for the purpose of obscurity, it is also worth noting that such an effort clearly flopped because … these sequences do not immediately provide any completely new knowledge about the genetic diversity of SARS-CoV-2 in the early pandemic,” said Robert Garry, a professor of immunology at Tulane University.

This year in March, theWorld Health Organization released a joint report with Beijing on the origins of the pandemic after a four-week on-site investigation declaring the lab leak hypothesis was “extremely unlikely.” But the WHO Director-General himself questions the extensiveness of the team’s investigation.

“Although the team has concluded that a laboratory leak is the least likely hypothesis, this requires further investigation, potentially with additional missions involving specialist experts, which I am ready to deploy,” he told WHO members, according to a written statement.

Jamie Metzle, a senior fellow at the Atlantic Council, said, “it would be absolutely irresponsible and could only be politically motivated to say that it’s not even worth having a full investigation.”

According to a fact sheet released in January 2021 by the US Department of State, calls for transparency for the sake of the families who’ve lost loved ones to the deadly COVID-19 virus. Three areas were listed as requiring greater scrutiny.

Firstly, reports that several researchers inside the Wuhan Institute of Virology became sick in the fall of 2019 with symptoms “consistent with both COVID-19 and common seasonal illnesses.” Accidental infections from labs have happened before. One 2004 SARS outbreak infected nine people, killing one.

By not pushing further, Alina Chan, a postdoctoral scientist working on genetics at the Broad Institute in Boston, worries this could lead to less stringent, and therefore more dangerous lab conditions.

“This time it’s China that’s in the hot spot. … But next time, maybe it’s not China. So, if we decide that we cannot investigate, we just give up this time, then other countries might feel that there isn’t an accountability mechanism in place,” she said.

President Biden’s administration has called for a 90-day investigation into how the COVID-19 pandemic started.

U.S. approves Roche drug for emergency use against severe Covid-19
Scroll to top