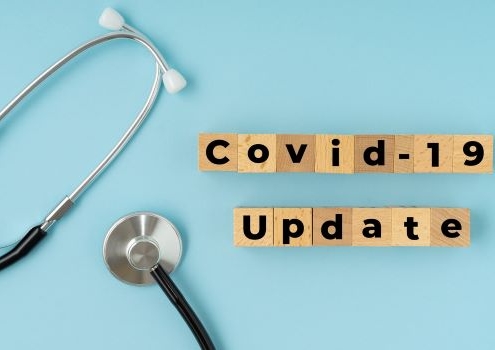 COVID-19 Update: Fears of a Ukraine Outbreak and Brain Changes in Long-COVID

As Russia continues to bombard cities across Ukraine in artillery strikes, thousands of people have huddled in underground metro stations and bunkers to escape the devastation of those attacks. But another type of attack could result from this – a new outbreak of COVID-19 infection.

“There is likely to be significant undetected transmission, coupled with low vaccination coverage, that increases the risk of large numbers of people developing severe disease,” WHO Director-General Tedros Adhanom Ghebreyesus said in a statement, Pharmaceutical-Technologyreported.

Ukraine has a low rate of vaccinated individuals. According to a recent report in The Lancet, only about 35% of citizens of Ukraine have received two or more doses of the available vaccines. The country has lost more than 112,000 people to the virus since the beginning of the pandemic.

The Russian attack has also created a significant disruption in the supply lines of Ukrainian medical facilities. Pharmaceutical Technology noted that there is a shortage of oxygen, which many COVID-19 patients are in need of, especially those with severe illness.

A new study shows that a sample of people who became seriously ill from COVID-19 have 16 genetic variants that can predispose them to worsened symptoms, Reuters reported. According to the study, those who developed a severe case of COVID have genes that predispose them to one of two problems. The first problem is a failure to limit the virus’ ability to replicate within the body. The second issue relates to excessive inflammation and blood clotting. 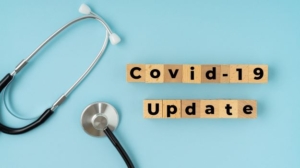 The research, which was published in Nature, could lead to a better understanding of how to treat individuals who become infected with the disease. The research team also suggested that the availability of this genetic understanding could help predict which patients are most likely to become seriously ill from an infection.

Changes to the Brain

A new study reveals that COVID-19 infection may age the brain. Data from the study was published in Nature and suggests that COVID-19 infections cause a “greater loss of gray matter and abnormalities in brain tissue” compared to those who have not contracted the virus. The gray matter loss for COVID patients was higher than the loss of individuals who did not have the virus, the study said.

A significant portion of those changes were in areas of the brain that are related to the sense of smell, CNN reported. Temporary loss of taste and smell is a common symptom of COVID-19. While the data needs to continue to be assessed over a longer term, the researchers said it could suggest the possibility that the accelerated loss of brain function could contribute to forms of dementia in those patients later in life.

Throughout the pandemic, Florida’s Republican-led government has dismissed some guidance from the Centers for Disease Control and Prevention (CDC). That trend has continued. Florida Surgeon General Dr. Joseph Ladapo has recommended against vaccinating healthy children against COVID-19. As HuffPost reported, it is not clear what age group Ladapo is opposed to vaccinating.

Ladapo has been criticized for his anti-COVID vaccine stance since he was appointed to the position of surgeon general last year. According to the report, during a leadership roundtable, “Ladapo suggested the medical community and other vaccine advocates have been conspiring to mislead Americans and exert control over them.” He has also been opposed to the wearing of face masks as part of a mitigation effort.